Although there are now many smart speakers that support Amazon’s Alexa voice assistant, arguably the best experience is still only to be had using an Amazon Echo speaker. Alexa’s full functionality is reserved for Echo smart speakers, which come in various shapes and sizes at various prices, ranging from the affordable Echo Dot series to the high-end Echo Link devices.

Amazon recently launched two new Echo speakers in India – the Echo (3rd Generation) and Echo Dot (3rd Generation) With Clock. Priced at Rs. 9,999 and Rs. 4,999 respectively, these new devices are updated versions of previous models, with new features added. We explore what’s different about these two devices in our review.

Starting with the larger Echo (3rd Generation), things are a bit different, yet very familiar. The new version is larger than the 2nd Generation Echo, in fact matching the larger Echo Plus (2nd Generation) in size, design, and most specifications. The device has a 3-inch woofer, an 8-inch tweeter, and tuning by Dolby – exactly the same as on the Echo Plus. Essentially, you’re getting the same audio performance as the Rs. 14,999 Echo Plus, but for Rs. 5,000 less.

There is one thing that separates the Echo (3rd Generation) and Echo Plus (2nd Generation) – the latter has a built-in Zigbee smart home hub, which will come in handy if you intend to use your Echo for home automation. If that isn’t important to you, the newer Echo will do just fine. Users upgrading from an older Echo will notice a difference in sound quality. 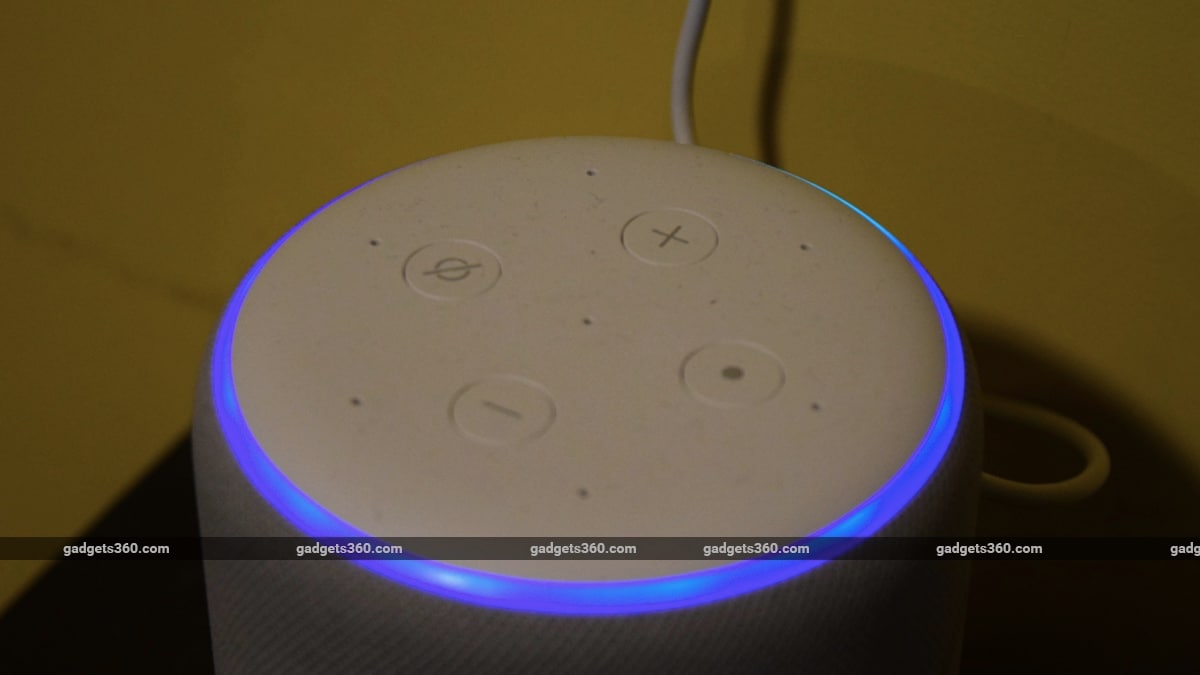 The top of the speaker has the standard four buttons – two for volume, one to mute the microphones, and one action button which does a bunch of things including activating Alexa without using the wake word. There’s also a light ring which illuminates for various functions. The outer side of the speaker has a fabric cover, and it is available in four colour options – black, white, blue, and grey. It’s largely the same familiar Echo experience, but with a promise of better sound at a more attractive price.

The smaller Amazon Echo Dot (3rd Generation) With Clock is, for the most part, exactly the same as the Echo Dot (3rd Generation). As its name suggests, there’s one big difference here – the digital clock display on the front-facing part of the device. The variant with the clock is available in only a single colour – white – and has an LED display that shows classic digital numbers.

Once set up, the device will display the time, and can also be used to show the outdoor temperature, timer status, and the volume level as it’s being adjusted. This changes contextually depending on how you interact with the device; for example, if you ask Alexa to set a timer, the display will show the timer counting down. 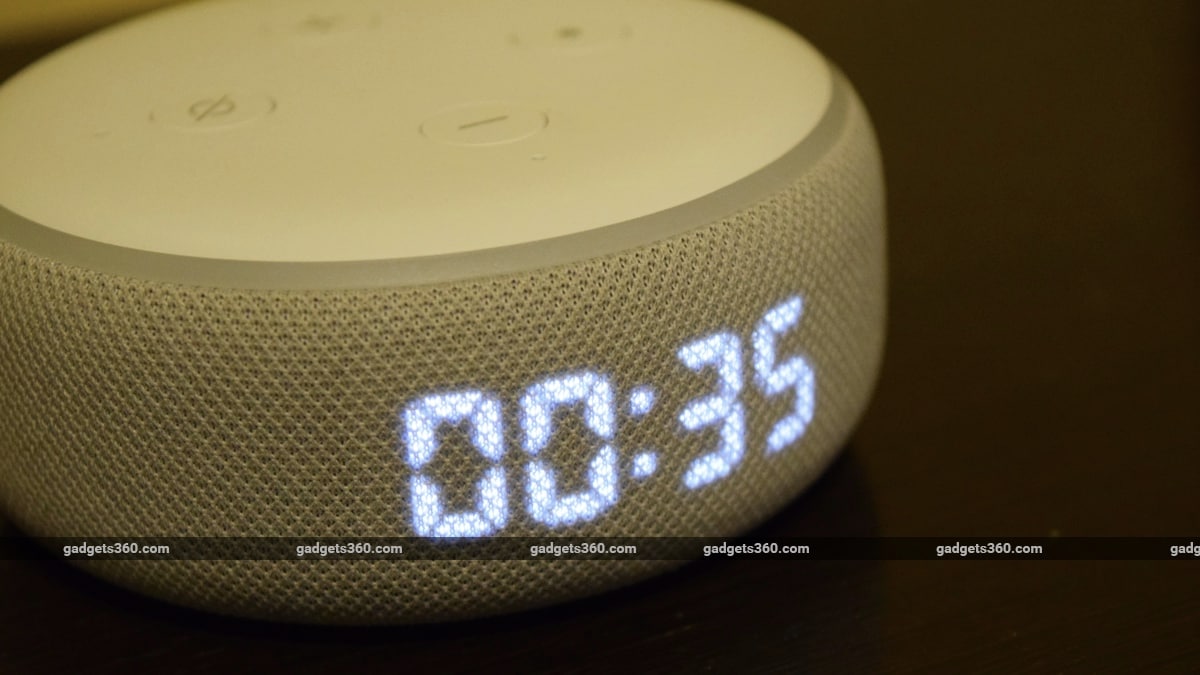 The brightness of the display can be adjusted through the Alexa app on your smartphone, but it can also be set to adjust itself automatically based on ambient light. The display doesn’t do a lot, but it does make the device more useful if placed at your bedside, even when not actively being used as a speaker or for voice commands. It is priced at Rs. 1,000 more than the variant without the clock, but we feel that the additional features provided by the display are completely worth it.

When compared with the previous-generation Echo devices, the Echo (3rd Generation) is a significant step up in terms of audio capabilities. It’s larger, has a dedicated woofer and tweeter, and is capable of getting much louder. However, this isn’t a new sound experience by any means, and we found that audio quality was largely on par with what we’ve already experienced on the Echo Plus (2nd Generation).

The speaker can get quite loud, largely driven by the big woofer, which translates into a punchy, aggressive sound with strong bass. It’s more than adequate for even a large room, and sound quality is decent enough for casual listening. We listened to music using streaming content as well as a Bluetooth-connected smartphone, and we found the sound quality to be adequate in both cases. 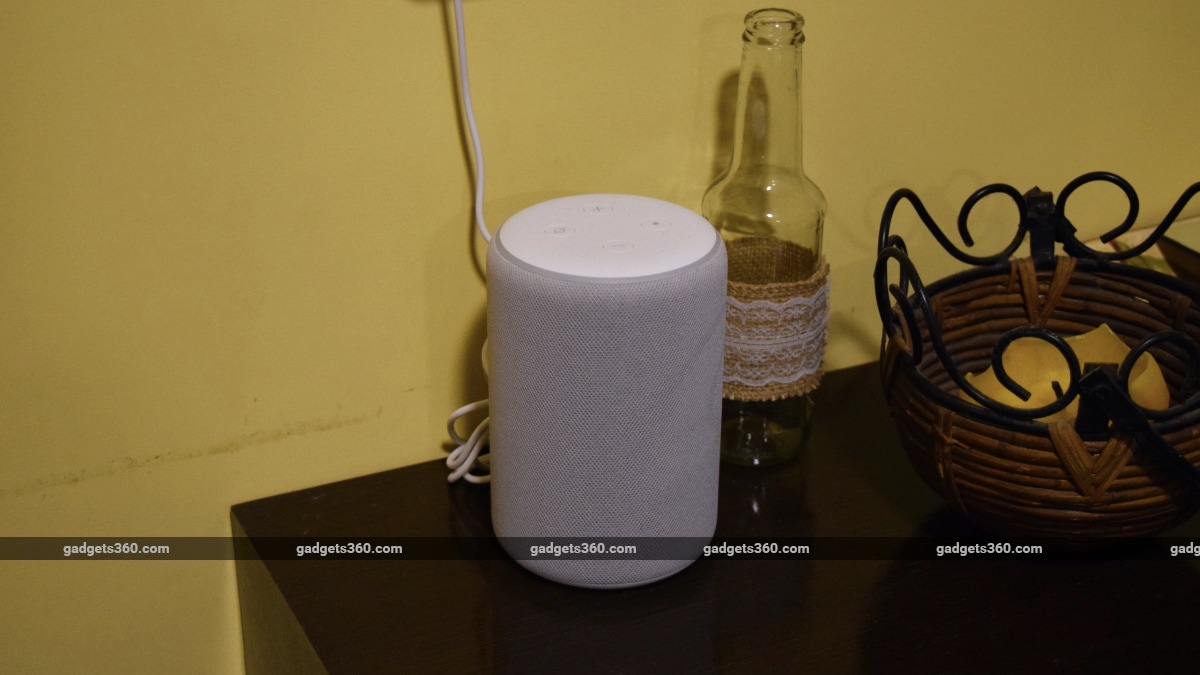 Listening to Netsky’s Love Has Gone, we liked the drive and attack, but the experience certainly could not compare to using a proper two-channel wired setup at the same price, or even what we’ve seen on some decent high-end wireless speakers such as the Ultimate Ears Boom 3. This is still a single-box speaker at the end of the day, and the soundstage was a bit narrow as a result. You can set up two Echo speakers to work together for wider stereo sound, although we weren’t able to test this ourselves.

The sound tuning was slightly focused towards vocals, given that the Echo is a smart speaker and much of its functionality will involve Alexa responding to commands. As a result, we found the mid-range to be a bit elevated, even while highs and lows still sounded powerful. The microphones were pretty good at picking up voice commands clearly from across a room, and Alexa continues to improve in terms of its capabilities and responses.

The sound of the Smaller Echo Dot (3rd Generation) With Clock is exactly the same as that of the variant without the clock. It’s naturally a lot softer than the larger Echo (3rd Generation), working well for small rooms, or if you’re within a short distance of the speaker itself. That said, it is particularly loud for a device of its size, and works well for personal listening when it comes to volume.

The quality is comparable to what you’d hear on a small wireless speaker such as the Sony SRS-XB12. We did find our music feeling dull at times, and there wasn’t much detail to be heard. However, given that this is an Alexa-powered smart speaker with the voice assistant’s full capabilities, we found the sound quality to be acceptable for what’s on offer, although it’s important to remember that this device doesn’t have a battery and therefore lacks the portability offered by competing options.

The device was easily able to pick up voice commands when we were close to it, but moving even about 10 feet away from the Echo Dot reduced our chances of getting a response from the device. 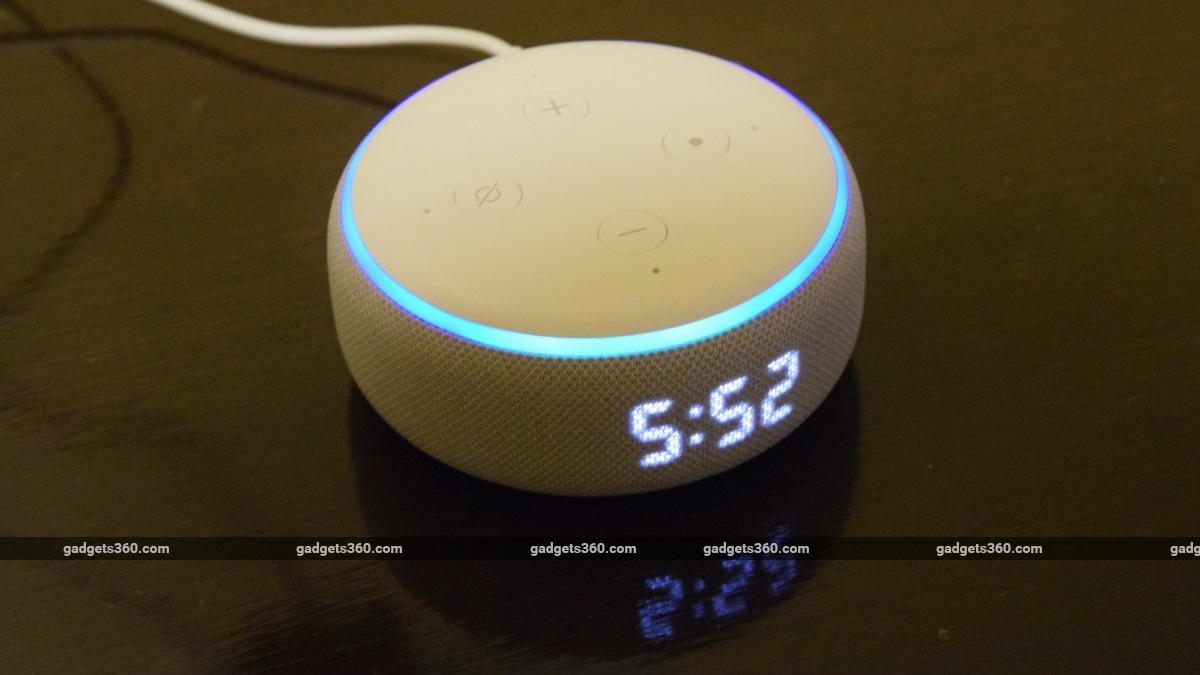 The more affordable Echo Dot With Clock is, in our opinion, definitely worth buying over the regular Echo Dot (3rd Generation). We found the clock to be very useful, and is definitely worth the additional Rs. 1,000. While they still aren’t the best sounding speakers in their respective price ranges, these new Echo devices remain among the most versatile thanks to the ever-expanding capabilities of Alexa.