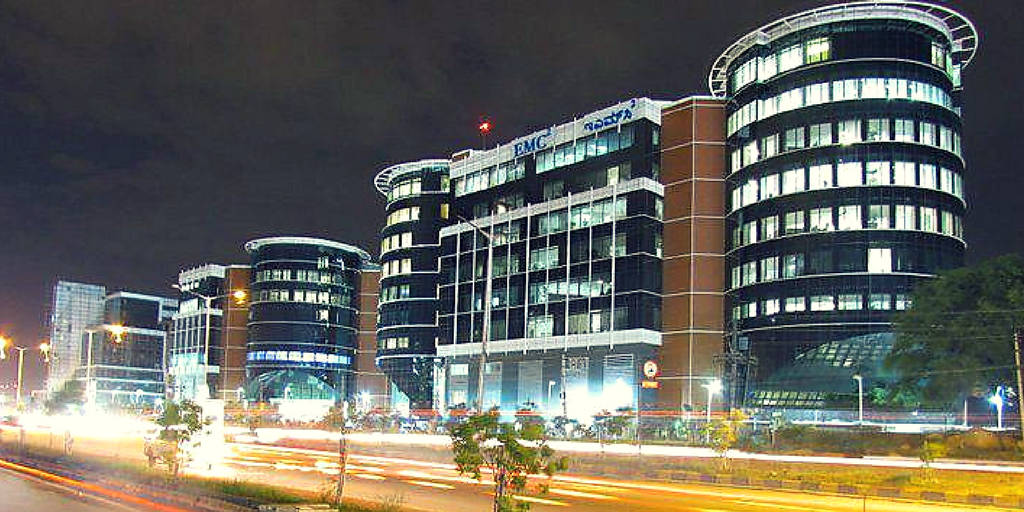 Despite its nerve-wracking traffic snarls, Bengaluru retains its title for being the best city to work for the IT professionals. TechGig’s survey of 1,830+ professionals reveal that Hyderabad and Pune were preferred after Bengaluru by the Indian technologists.

India’s largest technology community TechGig conducted a survey to understand the city-wise preference of , where south-Indian cities pipped the north-Indian cities, and even the metro cities, to become the preferred destination for career prospects.

Here are the key takeaways from the survey –

Bengaluru is the best city for techies:

When asked about the best city to work, about 40% of techies chose Bengaluru. Hyderabad was voted as the second-best city with 20% votes, followed by Pune which landed the third position with 17% votes.


Living standards and growth opportunities matter the most

Over 47% of respondents agreed that they look for high living standards, good lifestyle, and cost of living when settling down in a city. Future career opportunities are also a major consideration for the techies to pick a city as their favourite.

57% of IT professionals are working in their favourite city, have no plans to leave it

The TechGig survey revealed that over 57% of IT professionals are already working in the city of their choice. When asked about their future plans about shifting the city, most of them showed no interest in changing their city of work.

Commenting on the findings of this survey, Sanjay Goyal, Business Head,
TimesJobs and TechGig said, “Indian techies constitute one of the biggest workforce group at India Inc. It’s important to understand their preferences. The trends found by this TechGig survey help in understanding the factors that matter most to the Indian techies. Bengaluru is a clear winner here and future career prospects are one major reason for this ranking”.

Bengaluru has everything that an IT professional wants

The survey concludes that Bengaluru offers everything that an IT professional aspires from the career perspective. About 71% of respondents voted Bengaluru to be the best with regards to the salary hike. 68% voted for Bengaluru for career growth and job opportunities. 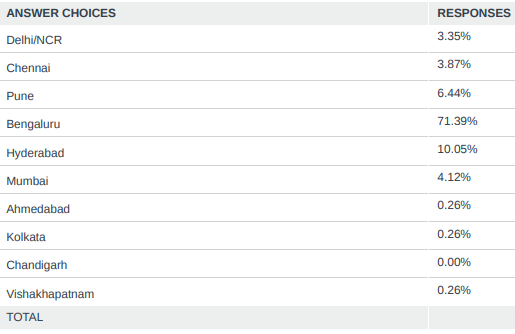 Freshers seeking a tech job should move to Bengaluru

Bengaluru wins the first spot among experienced professionals and freshers alike. 61%survey respondents said that Bengaluru offers freshers the best opportunities to kickstart their career in the industry. Hyderabad and Pune secured the second and third spot respectively with 13% and 11% votes respectively.