Indian manufacturer Boat is among the leaders in the affordable audio product space, using online sales to quickly build itself into a position of dominance. However, the once largely scattered segment is now facing consolidation thanks to brands such as Xiaomi, Realme, and Oppo, and has been forced to innovate in new ways. Today, we’re reviewing a product from Boat that hopes to win buyers over with premium features.

The affordable true wireless audio segment was, till recently, the domain of small and specialised brands. Priced at Rs. 2,499, the Boat Airdopes 441 is a feature-filled new headset that promises a lot for a very reasonable price, including IPX6 water resistance and USB Type-C charging. Is there more to this pair of true wireless earphones than a couple of headline-worthy features? Find out in our review of the Boat Airdopes 441. 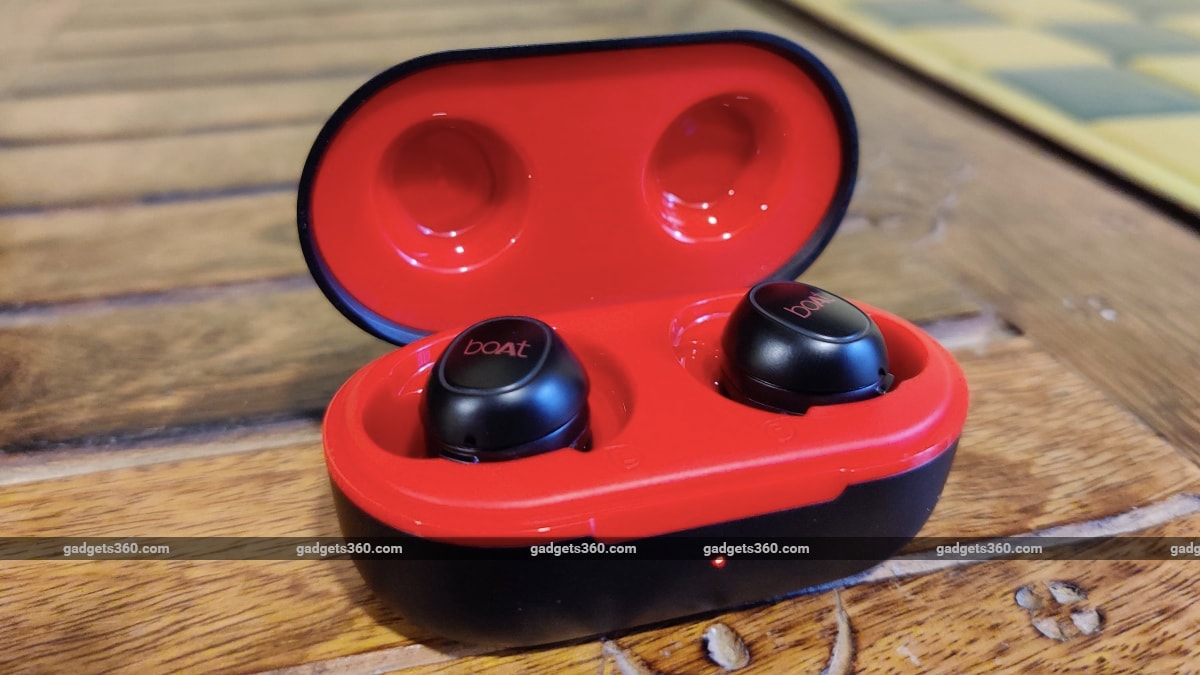 The Boat Airdopes 441 comes in five different colours, including red like our review unit

Budget true wireless earphones tend to be made of plastic, so this wasn’t very surprising for me on the Boat Airdopes 441. However, not much effort went into the finishing of the earphones, and I found them to look quite ordinary. The Airdopes 441 looks a bit too plain and simple, even for the price. The dull finish on the earphones was particularly susceptible to grime, and it didn’t take too long for them to look a bit old and worn even though our review unit was brand new.

The Boat Airdopes 441 is available in five colours, with the base being black on all of them. The logos on the earphones and case, and the inner part of the charging case come in different colours, and the red variant I received looked decent, if just a bit too bright. The ear tips and wings are also coloured. The earphones are IPX6 rated for water resistance, and will be able to take a fair amount of exposure to water, making them suitable for all kinds of outdoor and fitness use.

I found the fit of the earphones a bit too tight, with the wings getting uncomfortable after around 30-40 minutes of use. Fortunately, the wings are removable, and the earphones are light enough that they stayed in place in my ears even without the wings in normal use. If you use the earphones while running or exercising, you might need the wings for a secure fit.

The outer part of each earphone is a touch sensitive zone. It’s possible to control playback (single-tap), answer calls (single-tap when the phone is ringing), skip to the next or previous track (double-tap on the left for previous track, on the right for next track) and invoke the voice assistant (long-press on either side) on your phone. These gestures are preset and non-customisable. Volume can’t be controlled from the earphones, and can only be adjusted on the source device.

In terms of specifications, the Boat Airdopes 441 is on par with other products in this price segment. The earphones use Bluetooth 5 for connectivity, and are powered by 6mm dynamic drivers with a frequency response range of 20-20,000Hz. The SBC and AAC Bluetooth codecs are supported, which is becoming commonplace even in the affordable true wireless segment. 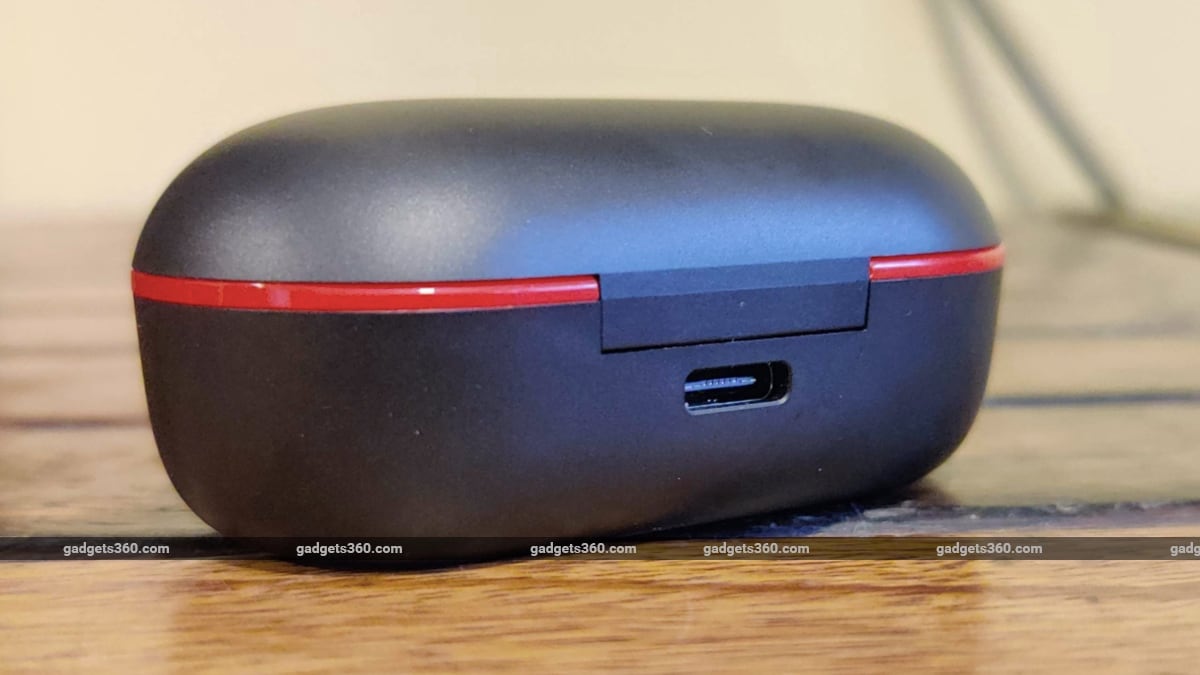 The charging case of the Boat Airdopes 441 is pill-shaped and as plain and ordinary to look at as the earphones. There’s one big feature here that sets the Airdopes 441 apart in the segment – USB Type-C charging. While most affordable true wireless earphones priced under Rs. 3,000 have Micro-USB ports, Boat offers the newer standard on this headset. Charging time was decent; it took around 90 minutes to completely charge the case with the earphones inside.

The earphones themselves ran for around three hours on a single charge, with the case adding nearly four charges for a total battery life of around 14 hours per charge cycle. This wasn’t particularly impressive, but is on par with what we’ve seen from other products in the affordable true wireless segment.

Far too much bass on the Boat Airdopes 441

Audio products made for India tend to be tuned for stronger bass, but the Boat Airdopes 441 perhaps takes this a bit too far. I’m not averse to the idea of a bit of bias towards the low-end frequencies, but with the Airdopes 441, I’d go so far as to call the bass excessive. I used the Boat Airdopes 441 with an Android smartphone, listening to music, taking calls, and watching a few videos as well. The AAC Bluetooth codec makes a small improvement to sound quality on the headset, but the tuning of the Boat Airdopes 441 did not improve.

Starting with Netsky’s Tequila Limonada, the Boat Airdopes 441 was immediately a bit too much when it came to the lows. The rumble of the bass in this already punchy track overpowered the rest of the frequency range quickly, forcing its way to the centre of my attention. The forceful and overly aggressive rumble could be heard most distinctly in the sub-bass elements, and I often felt as though I was having the insides of my ears gently punched by small boxing gloves. 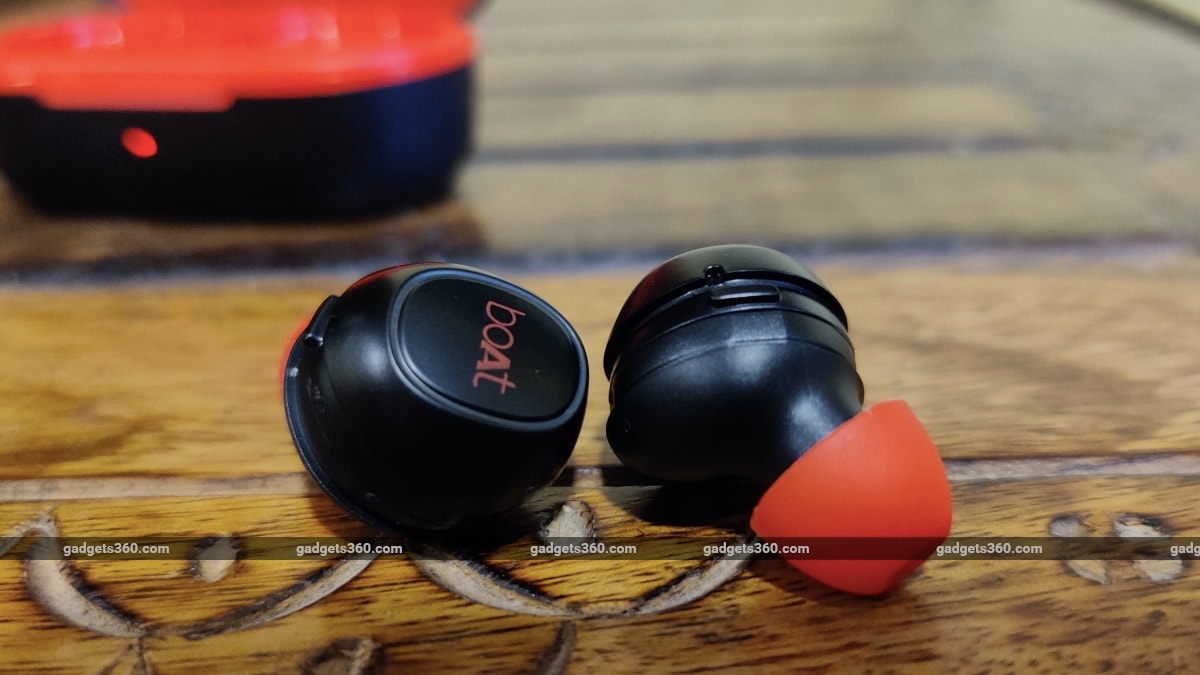 The Boat Airdopes 441 offers impressive features, but the sound is a bit too heavy on the bass

While some might enjoy the heavy bass, I quickly got tired of it. The punch and aggression was very fatiguing at all volumes, and I often needed to give myself a break for a couple of minutes to shake off the rumble. That said, the powerful frequency spike made for an incredible amount of detail in the lows. Everlasting Days by Nu:Logic sounded different, and I was able to pinpoint subtle changes in the way the bass sounded unlike on any true wireless earphones I’ve tried before.

If you give gentler tracks with less sub-bass a go, there’s a fair amount of detail to be heard on the Boat Airdopes 441. Listening to Stay The Same by Bonobo, the first minute of the track before the powerful rumble kicked in sounded clean and sharp for a budget headset. Although the bass did overpower the rest of the track, the gentle, soothing vocals and some of the fainter details could just about be heard in the background – if I concentrated hard enough.

The sonic signature will appeal to many, particularly those who enjoy the aggressive, bass-heavy feel of music in a nightclub. There’s just about enough of each track to be heard beyond the lows, while the bass adds a generous helping of excitement and drive. That said, this kind of drive and power isn’t for everyone, and options such as the Realme Buds Q are better suited to listeners who want calculated bass, but not too much of it.

For voice calls, the Boat Airdopes 441 is just about fine. Sound quality on both ends of a call was decent in quiet environments, but stepping outdoors or even standing at a window led to a fair amount of background sound getting picked up by the microphones. This headset is entirely usable for occasional voice calls, but the Realme Buds Q is a better option to consider at this price if you intend to make a lot of hands-free calls.

Although practically every option in the affordable true wireless segment is tuned for enhanced bass, the Boat Airdopes 441 proves that there is such a thing as ‘too much’. The sonic signature of these earphones reminded me of being in a crowded nightclub, standing right next to one of the giant speakers. While this might seem like a lot of fun, it really wasn’t; this level of low-end drive can get tiring very quickly. The design and battery life aren’t very impressive either, although IPX6 water resistance is good to have.

To be entirely fair, the Boat Airdopes 441 doesn’t sound bad, but it doesn’t sound very good either. There’s definitely a use case for these, and bass lovers will enjoy what the Airdopes 441 has to offer. However, it’s definitely worth considering similarly priced options such as the Realme Buds Q, and if you can bump up your budget to around Rs. 4,000, the JVC HA-A10T remains our top pick among affordable true wireless earphones.

Why are smartphone prices rising in India? We discussed this on Orbital, our weekly technology podcast, which you can subscribe to via Apple Podcasts, Google Podcasts, or RSS, download the episode, or just hit the play button below.