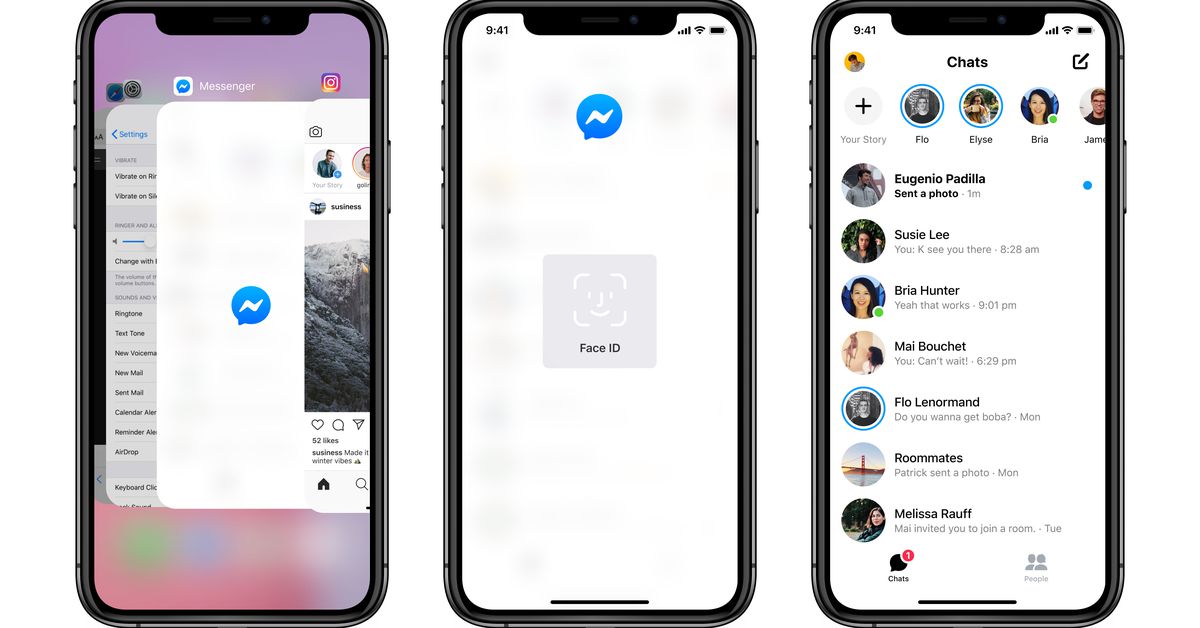 Facebook now lets you add an extra layer of security when opening Messenger on an iPhone or iPad. The app itself can now be locked upon or shortly after closing, requiring you to use an authentication method like Face ID or Touch ID to open it back up. That means you could unlock your phone and let a friend borrow it, and that person still wouldn’t be able to access your Messenger chats.

The feature, which Facebook is calling App Lock, is part of a number of small changes coming to Messenger centered on privacy and security. The app is also adding a Privacy section to the app’s settings, giving users a single location to control features like App Lock and what users they’ve blocked. App Lock is supposed to come to Android in “the next few months.”

Facebook also mentioned some additional features that it plans to begin testing soon. It’s going to start offering users more control over who can message them (the company didn’t offer much detail on how this will work), and it’s going to start blurring photos from people who message you without your approval so that you don’t have to open a potentially troubling image just to view a new message and know if you want to chat with someone. A similar feature is already available on Instagram and WhatsApp. Facebook didn’t say when this would start arriving in Messenger.