If you’ve decided to get started on the audiophile path, your smartphone and basic headphones won’t be the ideal kit. This hobby can be a particularly expensive one, but it is possible to set up a starter audiophile kit for not a lot of money. That involves procuring devices that offer bang for your buck, such as the excellent Fiio M6. If you’re looking at something even more affordable though, there’s the Fiio M5.

Priced at Rs. 8,990, the Fiio M5 is smaller, easier to handle, and better suited for the beginner audiophile. This pocketable device works in many ways – you can use it as a standalone digital audio player, or even as a DAC or Bluetooth receiver with other devices. We’ve reviewed this compact, feature-filled audio product; read on to find out all about it. 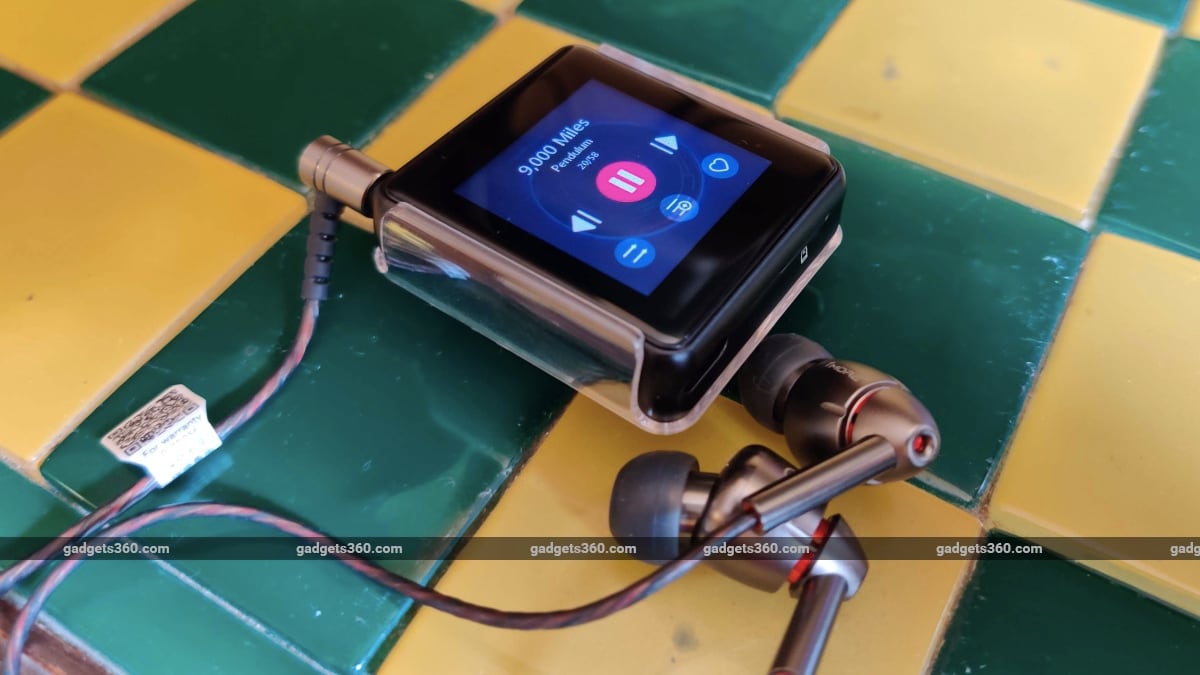 The Fiio M5 has a 3.5mm port at the top for headphones

Design and form have come a long way since the days of the original iPod, and much smaller devices today are capable of much more. The Fiio M5 is small enough to fit in the palm of your hand or sit alongside your wallet in your pocket without bothering you too much. It’s a lot like the Shanling M0 audio player when it comes to form factor, and relies on a 1.54-inch 240×240-pixel touchscreen for most controls.

The device has a metal frame with glass at the front and back, and weighs just 38g. The top has the power button, volume rocker, and 3.5mm jack (which serves for headphones, line out, and S/PDIF output). There are also two microphones at the top, which are used when the M5 functions as a Bluetooth receiver and for voice recordings on the device. The power button also controls playback – a long-press powers the device on or off, a double tap wakes the M5 or puts it to sleep, and a single tap plays or pauses music.

The bottom has a slot for a microSD card, and a USB Type-C port. The sales package includes a USB Type-A to Type-C cable, and a plastic protective cover that doubles up as a belt clip for the Fiio M5. The Type-C port charges the device, and also allows you to connect to a PC to transfer audio tracks, or to use the device as a DAC.

The Fiio M5 doesn’t have built-in storage, so you’ll need to use your own microSD card with it. It supports up to the theoretical 2TB limit for microSD cards, which means anything you have lying around will work straight away. It supports a wide range of lossless and compressed audio formats including DSD, APE, FLAC, WAV, Apple Lossless, MP3, and WMA, to name a few.

If you’re using the Fiio M5 as a DAC, it will work out-of-the-box with Mac computers, but will need a driver on Windows machines. The DAC chip on the device is an AK4377, which supports audio decoding up to 32-bit/384kHz and DSD128 (Direct Stream Digital). The M5 has a recommended headphone impedance range of 16-100Ohms, so you’ll be able to drive most affordable and mid-range headphones with it. 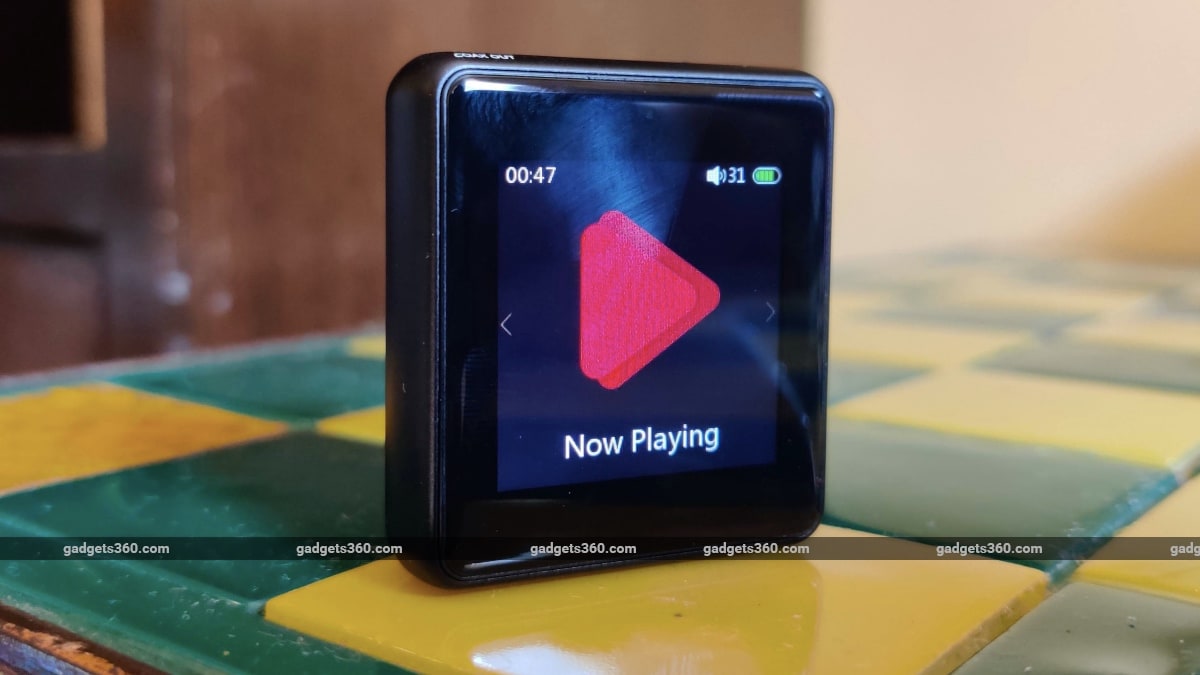 The size of the Fiio M5 means that it has a small 550mAh battery, and you’ll find you need to charge it more often than you would a larger digital audio player. The device ran for around 8 hours when used as a player (both wired and wireless) and Bluetooth receiver, and charging it took a little under two hours when connected to a laptop. The M5 was able to charge even while being used as a DAC with a MacBook Air, which we found useful.

The interface on the Fiio M5 is a custom one, but is quite well designed in our opinion. It makes optimal use of the small screen, displaying text clearly and relying on swipes and taps to navigate. We quickly got used to the interface and controls, and the settings are convenient and easy to navigate as well.

Key functions such as the ‘Now Playing’ tab, file browser, and BT receiver are easily accessible, but you’ll have to use the Settings screen to switch between USB modes – the device needs to be set to work as USB storage or as a DAC before you plug it in to a computer. Interestingly, the Fiio M5 also has a step counter and voice recorder, and you can buy a watch-strap case to use it as a fitness tracker of sorts.

The Fiio M5 does a lot, and we’ve tested all of its core functions. For this review, we used the device as an audio player, DAC, and Bluetooth receiver. We paired it with the 1More Quad Driver earphones, Sennheiser Momentum On-Ear wired headphones, and Sony WI-1000XM2 for audio output, and used a MacBook Air and OnePlus 7T Pro to evaluate the DAC and Bluetooth receiver functions respectively.

We started with the Fiio M5 as a standalone audio player with our wired headphones. While the sonic signature is naturally shaped by the headphones you use, we did notice a bit of improvement in detail as a result of the superior DAC on the Fiio M5, as compared to plugging the same pair directly into our MacBook Air or Apple iPad mini (2019). Like the Shanling M0, this device does its job by simply doing its job, playing music with no real changes or additions to the output.

Support for various formats including DSD128 is the big selling point here, and listening to the right kind of audio tracks was a rewarding experience for us, especially when paired with the excellent 1More Quad Driver earphones. Apart from detail, the sound felt a bit more full and crisp even at high volumes, thanks to the gain and volume boost offered by the Fiio M5. 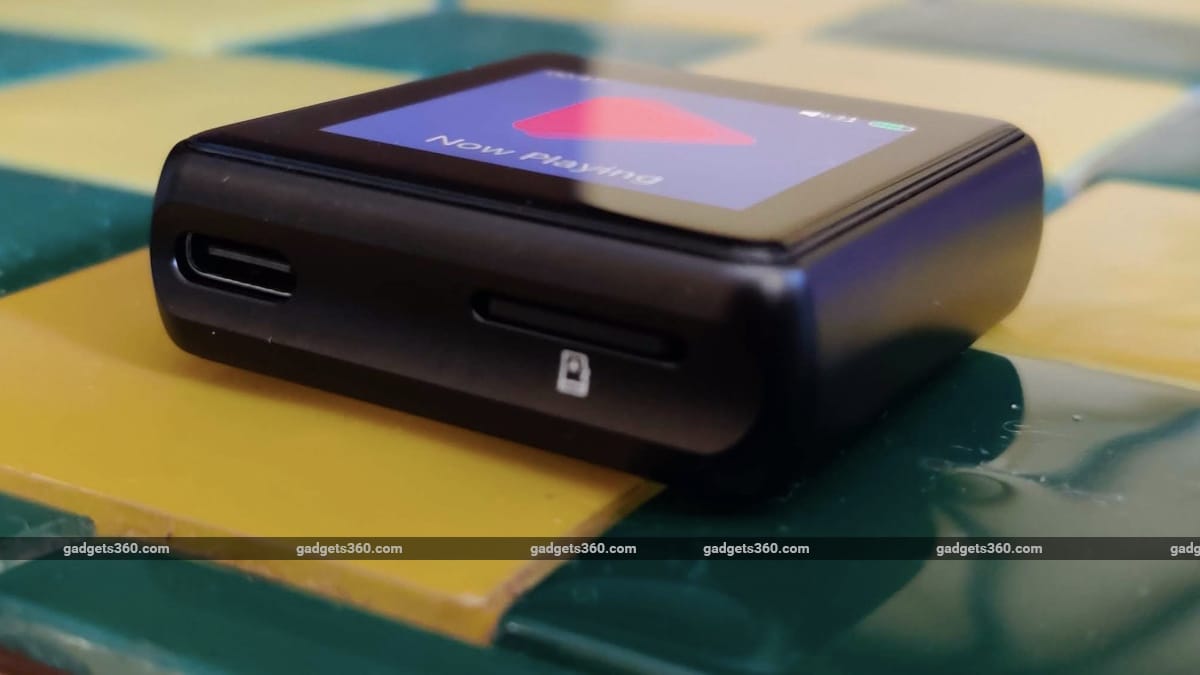 There is no built-in storage; you’ll need to use a microSD card

The AKM4377 DAC in the Fiio M5 is just a bit less detailed and clean than the ESS Sabre 9218P DAC in the Shanling M0, but it’s certainly a fair bit more capable than the basic DACs found in smartphones and laptops.

When using the device as a Bluetooth receiver for wired headphones, the obvious loss in fidelity had the setup sounding much like what we’d hear from a good pair of wireless earphones such as the Sony WI-1000XM2.

That said, this is a good way to get wireless connectivity on a good pair of wired headphones. The M5 helped retain the sonic signature and a fair amount of the qualities in terms of detail and sharpness of both the 1More Quad Driver earphones and the Sennheiser Momentum headphones. We also used it for voice calls, and were happy with sound quality on both ends of the call.

If you have much of your music on a laptop or PC, or prefer to use your computer as a listening device when working, the Fiio M5 could still come in handy. The difference in sound quality was audible when using the M5 in between the laptop and headphones, with more detail and improved volume being the most notable changes.

We also used the device as a Bluetooth transmitter, which isn’t something you’d typically do since it negates the functionality of the DAC. Codec support for Bluetooth transmission is limited as compared to Bluetooth reception – LDAC and aptX are supported, but some headphones (such as the AirPods Pro) dropped to the SBC codec and didn’t sound as good as when pairing them directly with our smartphone or tablet. It’s more convenient to simply use your smartphone or tablet with Bluetooth headphones. That said, we can’t really complain about the presence of a feature on the Fiio M5, even if it isn’t particularly useful. 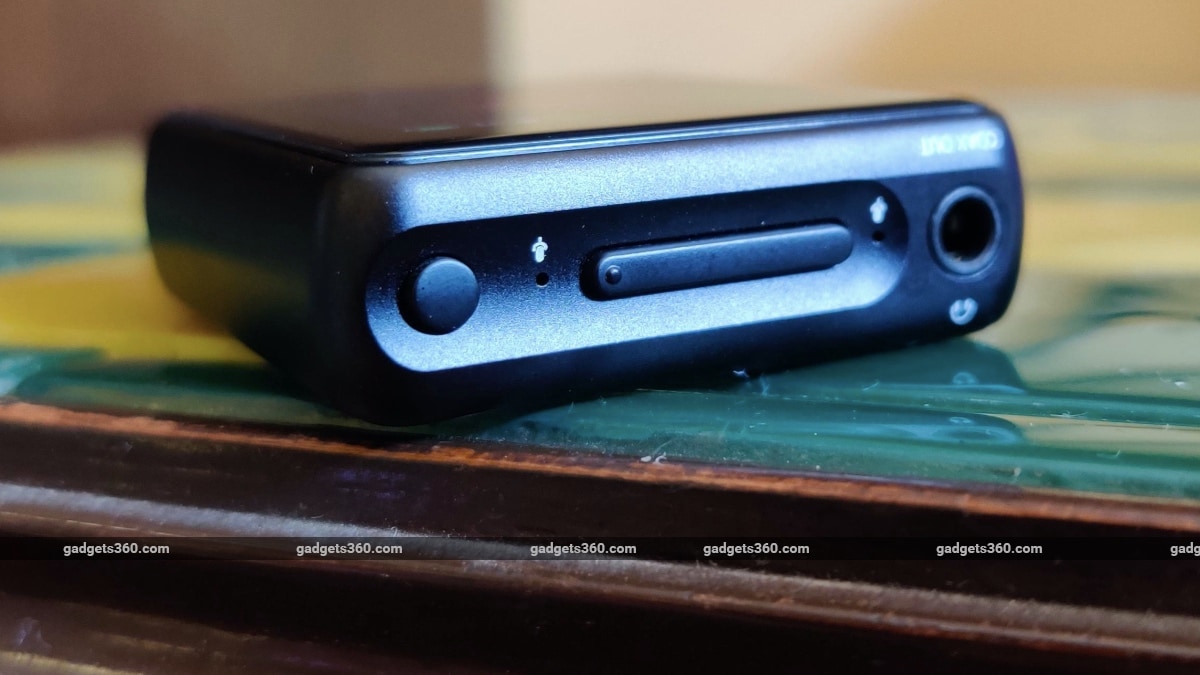 The device has two microphones at the top

Considering that many people rely on their smartphones for audio on the go, the Fiio M5 is a niche product. If you appreciate good sound or need a capable source device to pair with your wired headphones, then the Fiio M5 will come in handy. It’s a great device to get started with, offering good sound, plenty of use-cases, and a form factor that is undeniably attractive.

We’ve reviewed some particularly impressive devices from Fiio in the past, but the M5 doesn’t quite qualify among our favourites from this excellent Chinese audio equipment maker. We weren’t thrilled with battery life even considering the size, and the Shanling M0 is just a hint better on the whole, at the same price. Nonetheless, it’s a good piece of equipment to consider if you’re looking for an affordable and compact audio player and DAC.

Buying a budget TV online? We discussed how you can pick the best one, on Orbital, our weekly technology podcast, which you can subscribe to via Apple Podcasts or RSS, download the episode, or just hit the play button below.