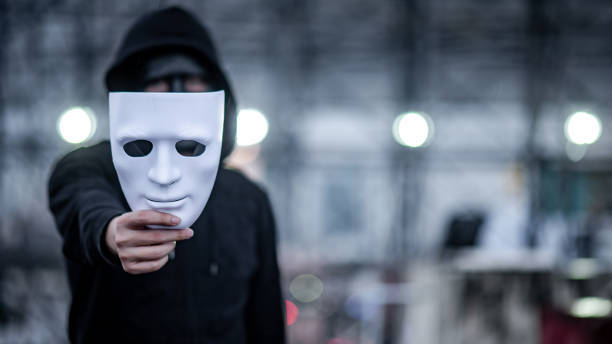 I know a truly funny guy – he can have you in splits within minutes of meeting him. I was truly impressed by his people’s skills when I bumped into this guy at a mutual friend’s party. I casually quipped to my friend, “This guy must be a hit at work. One of those Mr. Popular in office, I bet.” My friend pulled me to the side with a side smirk – “Nah! Barely speaks until spoken to. I just got to know his name last week, in spite of working in the same space for over a year.”

I was bummed. But then, I believed it. This is a true phenomenon. This “funny outside but barely visible at work” guy is not the only one to be splitting personalities. This is a peculiar habit that is fairly common – I call it the ‘Masking Bone’. Some people prefer to mask their true selves at workspaces, when they are actually different personalities otherwise. While the above case is one example, there are some who push themselves to be outgoing at work, while in reality, they are people who prefer to be by themselves, if given a choice.

What is the deal here? Humans in general have the inherent need to be in a safe environment, where their true personality can prevail without any suspicion of harm. There are some spaces where a person is intrinsically confident of not fearing judgment or worry about someone’s opinion – say with his intimate closed ones. When put in a public setting like a school, college or workplace, some of us immediately start creating a persona in our minds – of how we want to be perceived by those around us. Generally, a more perfect version, or what WE believe to be a more perfect version of ourselves. It is a natural tendency to seek for social validation in new or important environments and we put on the mask we believe will help us most.

Is this helpful? Well in most cases not. There is only a certain time till any human call pull a personality that is starkly different from their own. A couple of weeks or months later, ‘masking fatigue’ sets in where we start detesting the environment because we can’t be ourselves and let’s face it – being a fabricated self for long can gets tiring! The worst part of this mix-up is this – it can confuse your colleagues at work because they notice changes in your general approach. The important question to answer here is – are you looking for short-term gain or long-term?

A stable personality goes a long way in creating longer relationships. People like to see a certain manner of predictability in behavior that helps them build trust in another person If a person switches to being a personality that is not his true self, he runs the risk of appearing unstable over the long run. Fabricated personalities are anything but real. They are almost deceptive to one’s true ideas and beliefs. There is bound to be a clash of values at some point later in life, inside or outside workplace that can make it very difficult to amend any relationship later. Being the same person in a new environment can be uncomfortable at first but this is where you use the true power of your personality and befriend people that truly match your values. Such bonds are based on genuine beliefs that don’t change with passing time.

If you have been living two lives, playing Dr. Jekyl and Hyde by being two different people at work and at play, then think again. Your true power lies in letting your unique self be, because the traits that you may be unsure of today, could actually be your strengths that set you different from the guy or girl on the next desk.

The author is an International TV Presenter & Founder of Speak To Inspire Co. Also a Coach in the Field of Public Speaking, Emotional Intelligence & Leadership.