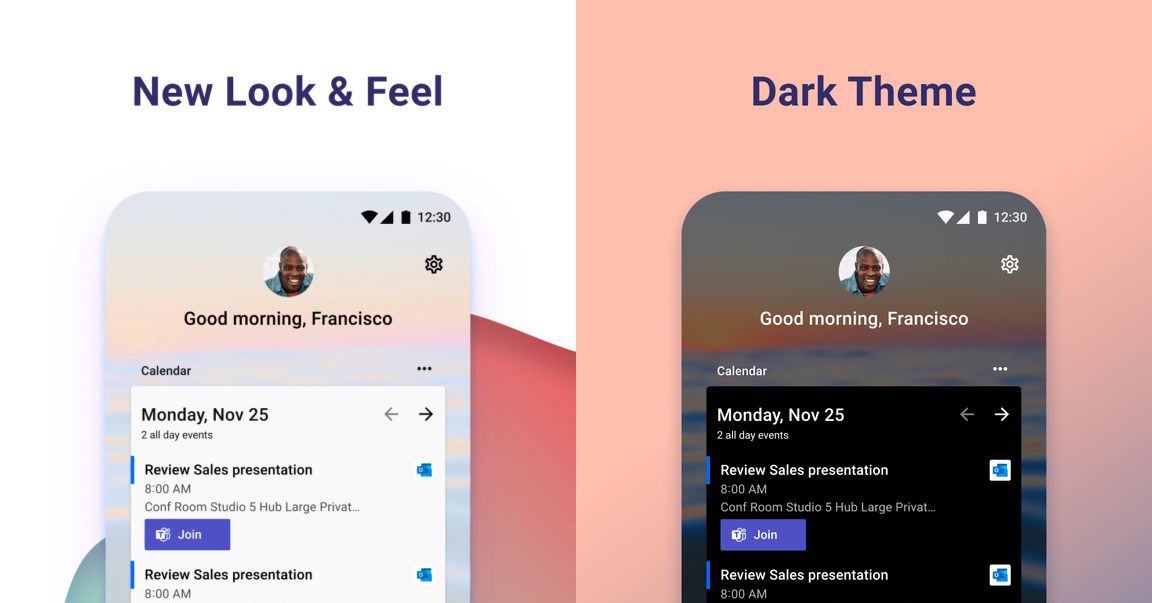 Microsoft has updated its Launcher app for Android to version 6, giving the software a big visual overhaul and a performance upgrade on top of its existing functionality.

Version 6 of Launcher has a new app icon, dark mode, daily wallpaper feature (provided by Bing), customizable icons, and it now works in landscape orientation, too. There’s also a personalized news feed that updates throughout the day, and general performance improvements, including faster loading and reduced battery drain, thanks to a new codebase.

The app is available to download here from Google’s Play Store, and you can read more about the changes in Microsoft’s blog post about the launch here.

The Launcher app has always been an interesting experiment for Microsoft, giving the company a foothold on the world’s biggest mobile platform and a place to explore how Windows integrates with Android. But this latest update looks like its preparing the ground for Microsoft’s most ambitious Android launch yet: the dual-screen Surface Duo.

Microsoft unveiled the Surface Duo last year, and says it’ll be launching the device, which runs on Android, at the end of 2020. The new Launcher app looks like a test run for some of the device’s aesthetics, and the inclusion of a landscape mode makes sense for the dual-screen Duo. If you want a taste of what Microsoft will do with its first Android device, the update Launcher app is a good start.