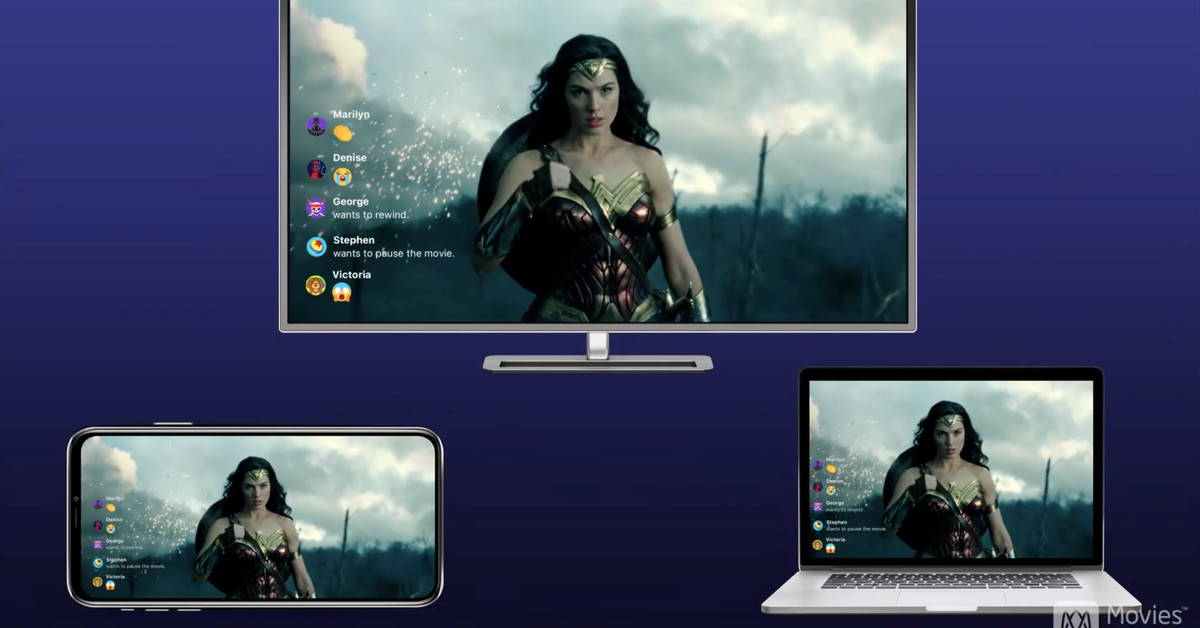 Movies Anywhere is rolling out a new “Watch Together” viewing party feature for its movie locker apps, allowing multiple users to sync up and enjoy a film together.

While the ongoing COVID-19 pandemic has seen a rise in viewing party apps for streaming services (both third-party and official), Movies Anywhere’s version differs by letting you watch films you’ve purchased, instead of limiting you to the streaming catalogs for which you have subscriptions (something that can change day by day). Additionally, Movies Anywhere’s Watch Together feature works on both its mobile and desktop apps, something that’s rare for most viewing party services.

Setting it up is simple: the host sends out a six-digit invite code, which guests can use to enter the page for the movie in question in the Movies Anywhere app. There are no chat features or videoconferencing overlays, just simple emoji reactions and the option to request that the host pause or rewind.

There are, of course, a few caveats: everyone who wants to join needs to have access to the film on Movies Anywhere, meaning that everyone either has to already own the film in question or be lent a copy using the company’s Screen Pass feature. Additionally, the movie needs to be on Movies Anywhere, which still lacks films from Lionsgate, MGM, and Paramount, along with other smaller studios.

Watch Together supports up to ten viewers at once, although it’ll be tough to hit that number, since Movies Anywhere requires that everyone own a copy and you can only lend out three copies of a film with Screen Pass at once. The new feature is available now through both the Movies Anywhere website and apps.