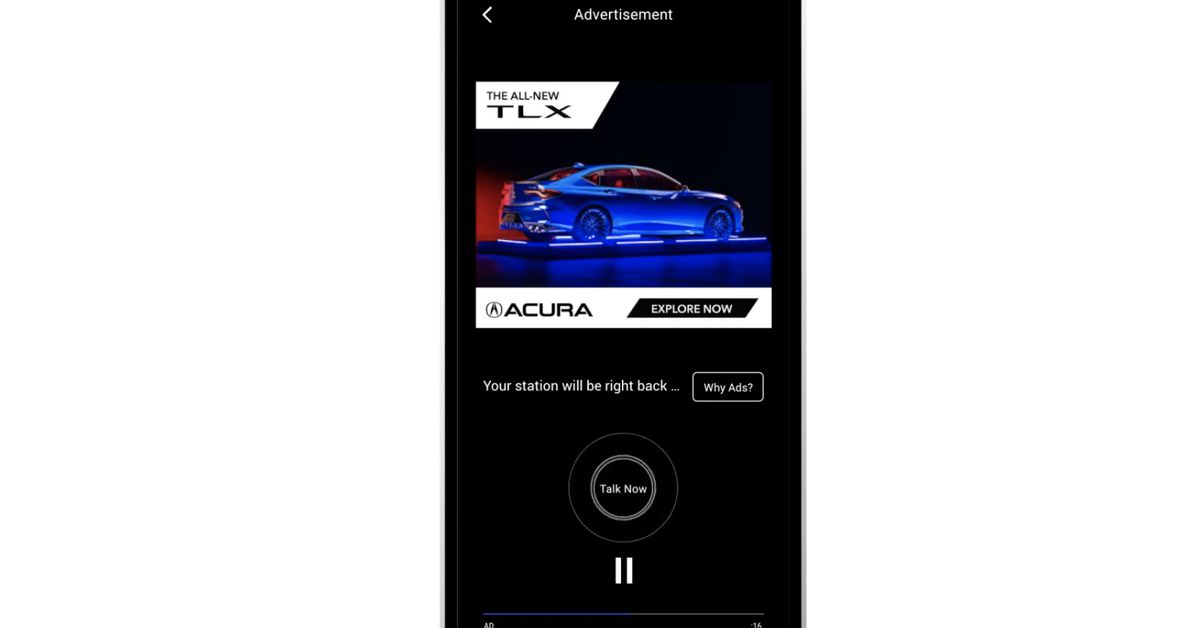 Pandora wants you to talk to its ads. The company is expanding on its voice control features today with a beta launch of voice-activated ads, after initially testing the feature last year. Only listeners who already hear ads will be offered the voice-activated ones, which ask the listener to agree to hear additional brand content. They have to say “yes” to initiate.

The idea is that people can actually engage with such ads when they’re driving or otherwise unable to use their hands. This is particularly important to brands that want to know whether their audio ads are actually getting the message across. Pandora’s initially partnering with 13 companies to launch the feature, including Acura, Doritos, Volvo, Xfinity, and T-Mobile.

On top of that feature, Pandora is updating its Voice Mode assistant for some users to allow them to request a specific song or album. Up until now, they’ve only been able to ask for favorite stations, podcasts, or personalized recommendations through Voice Mode. The catch with this new feature, however, is listeners can only pull off their request if they watch a branded video first. This applies to Free and Plus users, not Premium.

Interactive voice ads appear to be a thing the industry is widely interested in testing. They’re also being tested on Pandora competitor Spotify. The company began testing the ads last year, but in that test, whenever a user heard a voice-controlled ad, they could say “play now” and be taken to a piece of relevant content, like a podcast or playlist. Pandora’s offering just offers listeners a longer brand message.

As people use smart speakers more, or wireless headphones with their phone in their pocket or bag, advertisers want to know how well their ads perform. With traditional display advertising, they can monitor a clickthrough rate, but with audio, that’s harder to do. Interactive voice ads are one way advertisers might learn more about who’s interested in their product.

Correction 7/24, 11:24 AM ET: Updated to reflect that only Free and Plus users have to watch an ad to request a specific song from Voice Mode.