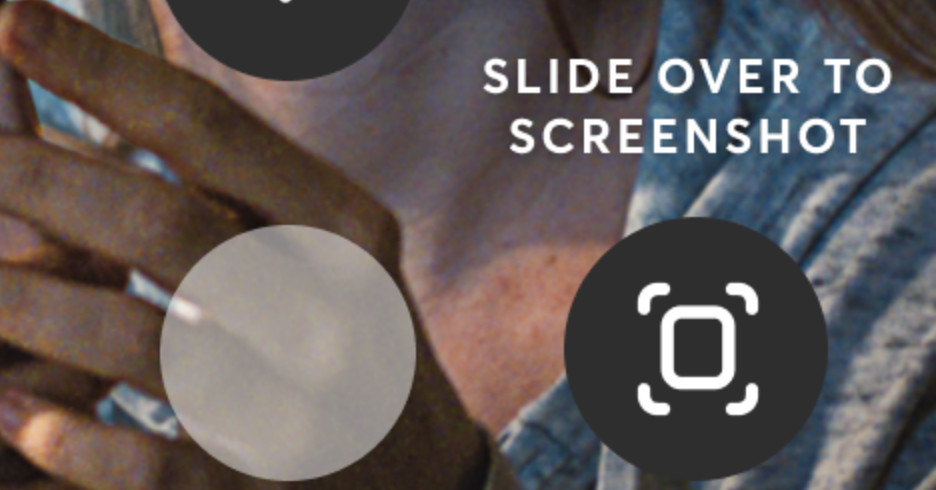 One of the biggest complaints Quibi received upon its initial launch was subscribers being unable to screenshot what they were watching and share it with the world. For a mobile-first streaming service, it seemed like a bit of an oversight. Now, Quibi has introduced screenshot capabilities, but it’s not as easy as holding down the right buttons on your iPhone.

Quibi built its own screenshot tool inside the app that subscribers must use to get the image they want instead of the blacked out photo that would appear in their photos folder otherwise. To use it, users have to touch and hold the screen until a pop-up menu appears. There’s an option to take a screenshot, and sliding your finger over to that option will produce the screenshot people want to take. Quibi’s chief product officer, Tom Conrad, tweeted a photo of the screenshot tool, seen above.

The process seems frustrating for people who are used to just holding down a button or two on their devices. (I use an iPhone XR, so I usually just have to hold down the power and volume up buttons to produce a screenshot.) There’s a good reason for it, though, which Conrad gets into on Twitter. It also explains why Quibi subscribers couldn’t take screenshots before the new tool rolled out.

“In this case we have to honor the DRM preferred by our content creators while satisfying your desire to meme-ify.”

The culprit is DRM, or digital rights management. It’s typically a software restriction that’s used to protect copyrighted works from unlawful distribution or replication. Screenshots on any streaming service on mobile devices are prohibited because nearly all of the platforms have such copyright protection built into them already. This is why people can’t screenshot Disney Plus series and films on their phones, either.

“Products live with constraints [and] in this case we have to honor the DRM preferred by our content creators while satisfying your desire to meme-ify,” Conrad tweeted. “The struggle (and it’s real) is as soon as we turn on DRM the OS blocks screenshots. End of story. So our engineers came up with this nifty alternative.”

Is this going to be a game-changer for Quibi? Probably not, but the new feature could help spread awareness of Quibi’s shows on social media. When Quibi first launched, I noted that the streamer’s “best content operates on the belief that ‘the more ludicrous, the better.’” So not having a way to share those moments is “detrimental to new shows looking for success.” For Quibi, this will hopefully expose some more customers to the app — or, at least let people outside specific Twitter circles know that Quibi actually exists in the first place.

Conrad did say that the team is still working on some details, “so it’s a sort of public beta in our 1.7 release,” but the version is available in app stores now.