The Realme X2 Pro is an important launch for Chinese smartphone maker Realme, but that wasn’t the only device to be unveiled this week. The Realme 5s was announced alongside the Realme X2 Pro, but has been somewhat overshadowed by its bigger sibling. We already knew a little about the Realme 5s thanks to multiple official teasers and leaks ahead of the launch. Realme’s exclusive partner Flipkart had also teased some key specifications of the Realme 5s. This new model is essentially the same as the Realme 5 but with an upgraded primary sensor in the quad-camera setup.

The 12-megapixel primary sensor has been swapped out for a 48-megapixel one, giving the new Realme 5s considerable advantage. While the rest of the device is identical to its predecessor, does the camera upgrade alone justify launching a whole new model? We spent some time with the Realme 5s, and here are our first impressions of the device.

The Realme 5s looks identical to the smartphone it is meant to replace, but the company has given it a new paint job to help distinguish between the two. It has a glossy finish which is different and the diamond texture that we are now used to seeing on Realme smartphones. The new smartphone is available in three colours: Crystal Red, Crystal Blue, and Crystal Purple. We have the Crystal Red colour variant with us, and we like the colour. Phones with glossy finishes pick up fingerprints easily and the Realme 5s isn’t any different, however, the diamond pattern makes it hard to spot smudges. Realme also supplies a case in the box which helps eliminate the problem.

Pick the smartphone up and you will notice that it is a bit heavy, tipping the scales at 198g. This could very well be down to its 5,000mAh battery. You’ll also notice that it is thick at 9.3mm but we didn’t feel it in our hands as the sides are curved making it easy to hold. 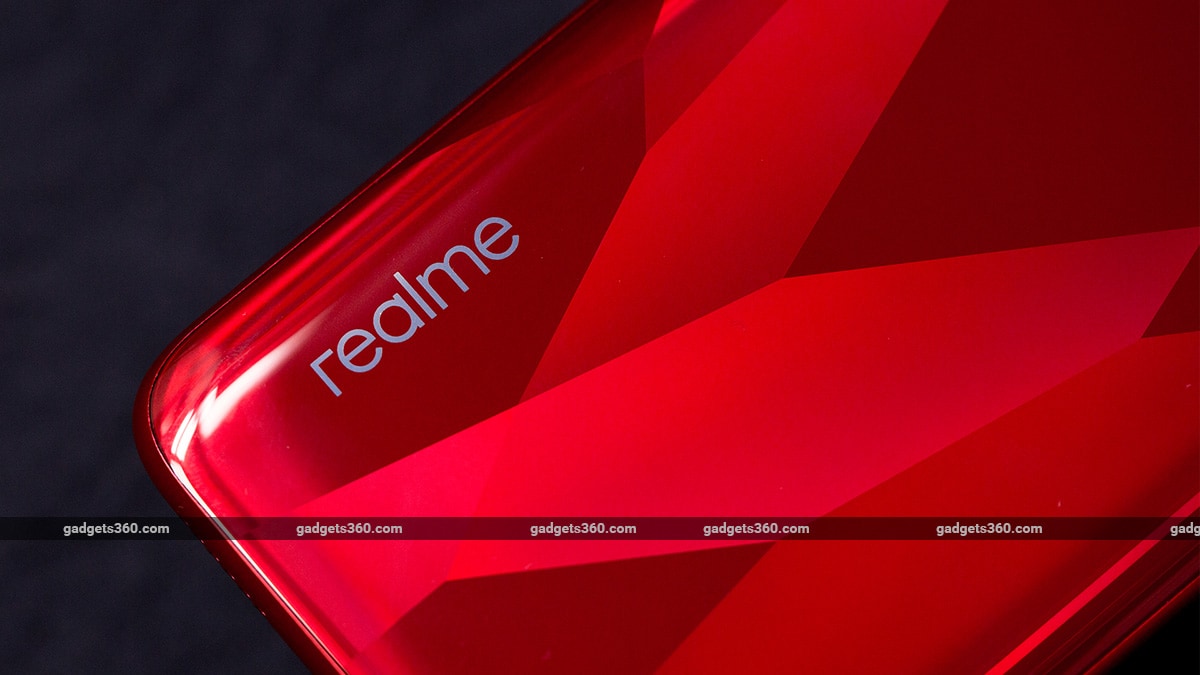 The big 6.5-inch display on the Realme 5s has a tiny dewdrop notch at the top which houses the 13-megapixel selfie camera. Realme has opted for Corning Gorilla Glass 3 to help the smartphone survive daily wear. The display bezels aren’t too thick on the sides but the one on the bottom is thicker.

We found the buttons on the device to be well-positioned and easy to reach. They also provide solid clicky feedback, so you won’t be second-guessing any input. We can’t say the same about the positioning of the fingerprint scanner as it is slightly too high for our liking. Realme’s quad-camera module sits right next to this fingerprint scanner and protrudes slightly, causing the smartphone to be raised when placed on a flat surface. The camera module has a metallic rim around it which helps the lens from getting scratched. There’s also a Realme logo aligned vertically on the rear.

The Realme 5s has dual Nano-SIM slots along with a dedicated microSD card slot which accepts cards of up to 256GB. You’ll find a Micro-USB port at the bottom along with the 3.5mm audio jack and the loudspeaker. A USB Type-C port would have been a welcome change, considering that smartphones such as the Redmi Note 8 (Review) sport one in the same price segment.

The internals of the Realme 5s is unchanged from those of the Realme 5 (Review), which means that this phone is powered by the Qualcomm Snapdragon 665 SoC. This octa-core processor is based on an 11nm manufacturing process and is clocked at 2GHz. Realme offers the 5s in two variants: 4GB of RAM with 64GB of storage, and 4GB of RAM with 128GB of storage. These are priced at Rs. 9,999 and Rs. 10,999 respectively. That overlaps the pricing of the two equivalent Realme 5 variants. The software isn’t any different either, so you get ColorOS 6 running on top of Android 9 Pie. 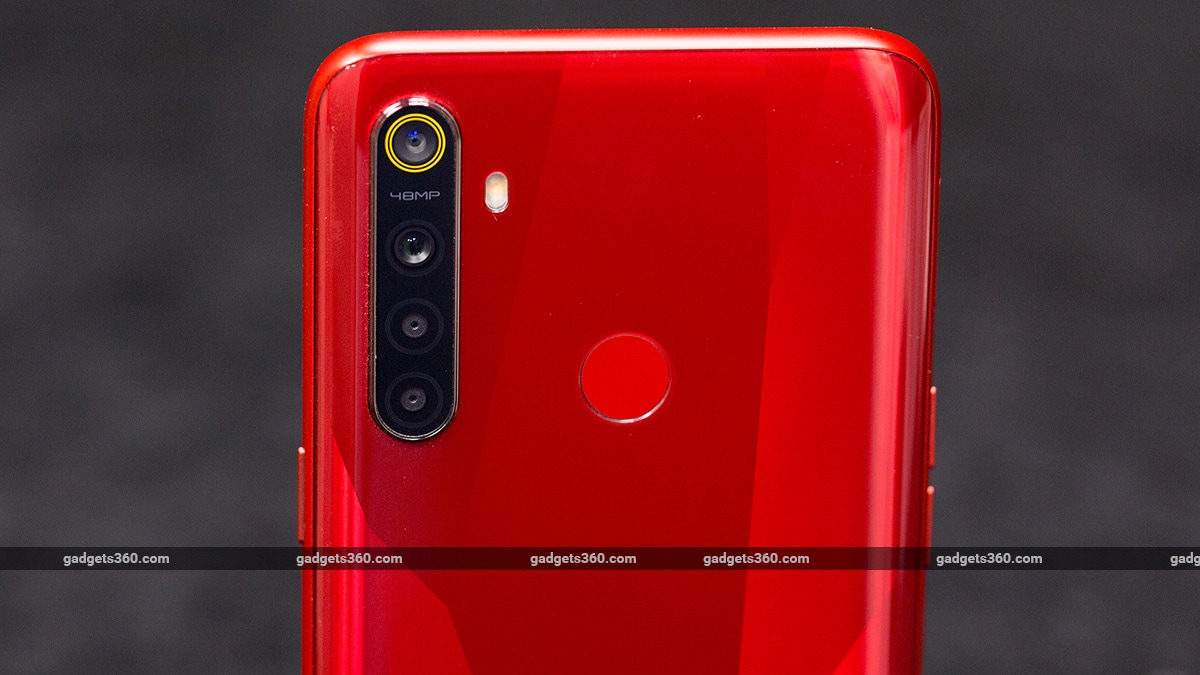 Let’s talk about the cameras; the key differentiators between the Realme 5s and Realme 5. Realme’s move to a 48-megapixel primary sensor makes the 5s one of only a few smartphones priced under Rs. 10,000 to sport such a camera. The company has opted for a Samsung GM1 sensor with an f/1.8 aperture and 1.6-micron pixels, and this phone utilises 4-in-1 pixel binning. We looked through the camera app and saw that the smartphone delivers 12-megapixel photos by default, but you do get a 48-megapixel mode which lets you take photos at the full resolution.

When we reviewed the Realme 5, it was among the few smartphones to sport a macro camera, but things have changed now. Competitors such as the Redmi Note 8 have one too, which could have prompted Realme to bump up the primary sensor. Apart from their performance in low light, we had found the Realme 5’s cameras to be acceptable for the price. Will the Realme 5s set a new benchmark in this price segment? We will be putting this smartphone through all our tests soon! Do stay tuned to Gadgets 360 for our full review of the Realme 5s, dropping soon.