Making sense of Samsung’s Galaxy A and M series models is getting harder by the month, as new models are brought in with minor refreshes, but don’t always line up in a logical order. For example, the very recent Galaxy M21 (Review) was basically a Galaxy M30s (Review) with a different selfie camera, but going by the model names, it’s impossible to make that connection.

While some models in the A and M series have slight overlaps in pricing, there’s still a relatively clear distinction between the series themselves. Generally speaking, most models in the A series tend to have better finishes and fancier features such as in-display fingerprint sensors, while the M series prioritises low prices.

Today, we’ll be testing Samsung’s new Galaxy A31, which, on paper, should succeed the Galaxy A30s. Compared to the latter, the new model offers a fourth rear camera, a bigger battery, a higher-resolution display, full support for Samsung Pay, and of course a higher price tag. Available in just a single configuration with 6GB of RAM and 128GB of storage for Rs. 21,999, does the Galaxy A31 deserve a spot in our coveted list of top phones under Rs. 25,000?. Let’s have a look. Samsung Galaxy A31 Design: Been there, seen that

Even though the design of the Galaxy A31 isn’t exactly fresh for a budget Samsung device, I do like the fact that it’s slim and light. The all-polycarbonate body feels quite sturdy but it does pick up fingerprints easily. The phone has a noticeably thick chin below the screen, and an Infinity-U cutout at the top for the selfie camera.

There’s a huge SIM tray on the left, for two SIM cards and a microSD card. The headphone jack, USB Type-C port, and a speaker are at the bottom. The back features Samsung’s Prism Crush pattern, of which we have the blue variant. This phone is also available in back and white trims. The quad-camera cluster at the back is a rectangular module and doesn’t bulge outward much.

Overall, the Galaxy A31 was comfortable to use on a daily basis during this review. It’s a little wide, and reaching the top of the display isn’t the easiest, but One UI has gestures to help with this. After seeing many phones in the series with the same pattern on the back, the design has started to feel a little boring at this point. The box contents are pretty standard too: there’s a silicone case, a charger, a USB cable, and a headset. 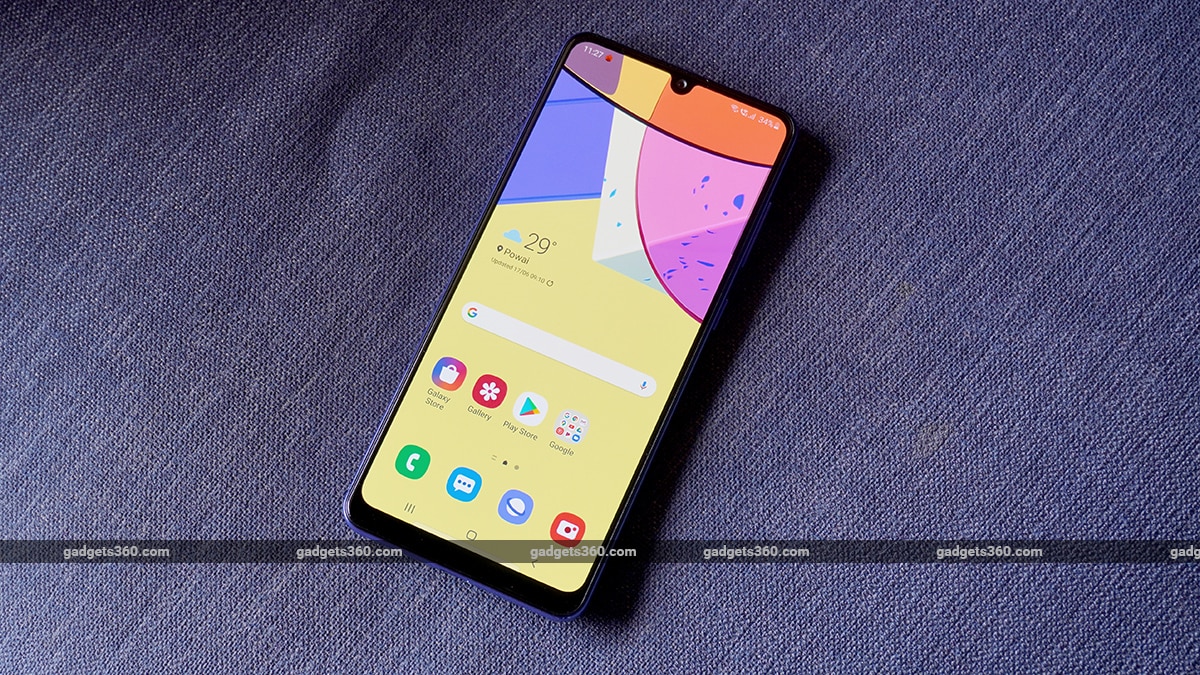 The Samsung Galaxy A31 features a Super AMOLED display

The Galaxy A31 has a sharp 6.4-inch full-HD+ (1080×2400 pixels) Super AMOLED display. I found it to be more than adequate in terms of brightness, even in the daytime. Colours were a bit too rich for my taste in the default ‘Vivid’ mode, but this can be toned down in the settings. The display is flat, without any curves on the sides, but there are no sharp edges either so performing gestures isn’t a problem.

There’s an in-display fingerprint sensor, which isn’t very quick but works well as long as you give it a firm press. The time taken to wake the screen, along with the fingerprint animations, make this whole process feel a bit laggy. I usually relied on face recognition, which I found to be quicker. The always-on display has basic customisations such as the ability to show what song is playing, and a choice of different clock styles.

Samsung Galaxy A31 Performance: Quite disappointing

Despite its decent build quality and good display, its performance is a big issue. Samsung has used the MediaTek Helio P65 octa-core SoC, and I would have no problem with it on a phone that costs Rs. 10,000, but I certainly don’t expect it on something that costs above Rs. 20,000. Compared to even the Galaxy M21, which uses the Exynos 9611 and costs a lot less, the Galaxy A31 is slower in most of the popular benchmarks.

Samsung’s One UI v2.1, based on Android 10, also feels a bit sluggish overall. There’s a persistent hint of stutter in the animations, and lag when I was switching between apps. It didn’t hamper usage too much but having to wait that extra second or two for things to happen is not an experience I expect at this price point. One UI itself is fairly feature-rich with lots of shortcuts, themes, and gestures to play around with. There’s also Dolby Atmos, but only for wired and wireless headphones. 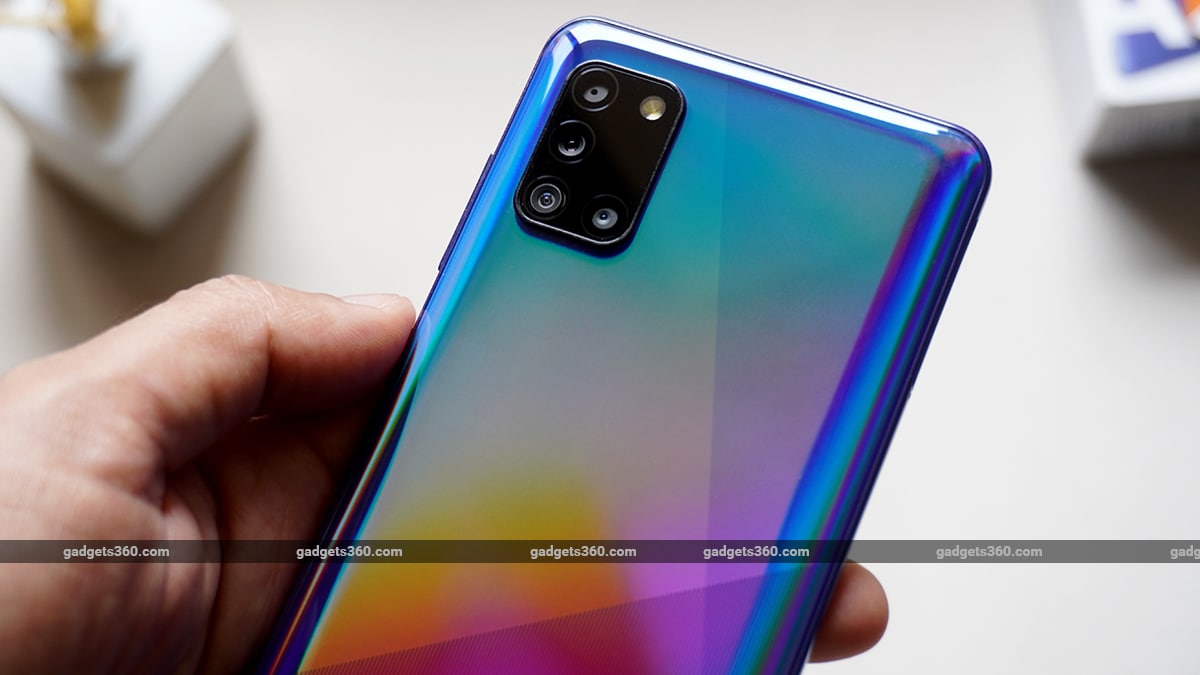 The Galaxy A31 supports Google’s Widevine L1 certification, which means video streaming apps can play content at the display’s native resolution. The single speaker gets fairly loud but the audio quality is strictly average. Simple games run well, but heavier titles such as Asphalt 9: Legends or even PUBG Mobile ran at reduced graphics settings. Gameplay was tolerable but they didn’t look as good as they should have. I also noticed a bit of heating when playing games for longer durations.

Okay, so far the Galaxy A31 isn’t looking too appealing, but perhaps it can redeem itself with its camera performance. The four cameras on the back include a primary 48-megapixel sensor, an 8-megapixel sensor with a wide-angle lens, a 5-megapixel depth camera, and a 5-megapixel macro camera. The apertures of all the cameras aren’t particularly impressive, with even the one on the main camera being just f/2.0. The front camera uses a 20-megapixel sensor.

The camera app should be familiar to most Samsung users, though I did find a few missing features which ought to have been there. Keeping in mind the price of the phone and its positioning in the series, it’s a little odd to not have 4K video recording as an option, and even a Night mode for low-light stills. Pro mode is crippled, with no option to adjust the shutter speed. Autofocus speed is decent, but this phone tends to hunt for focus in low light. 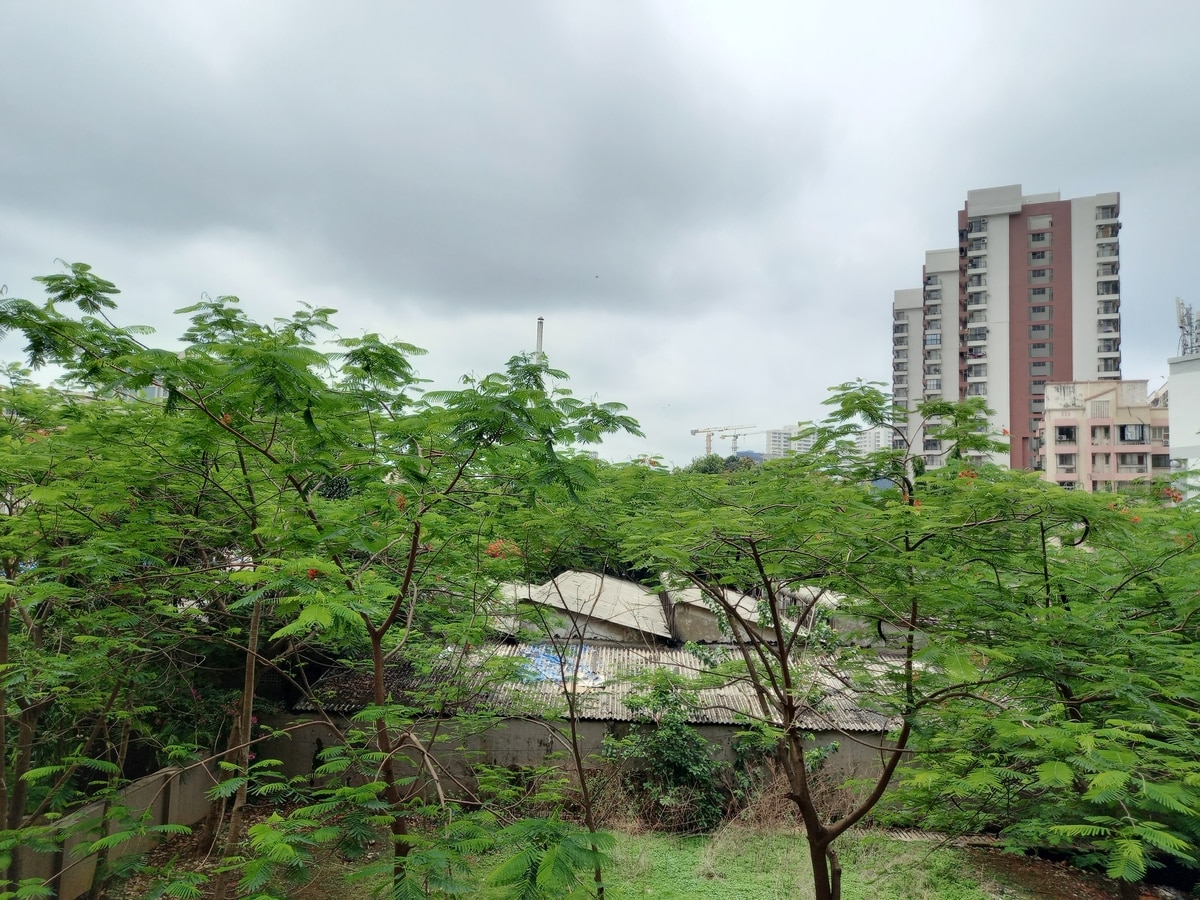 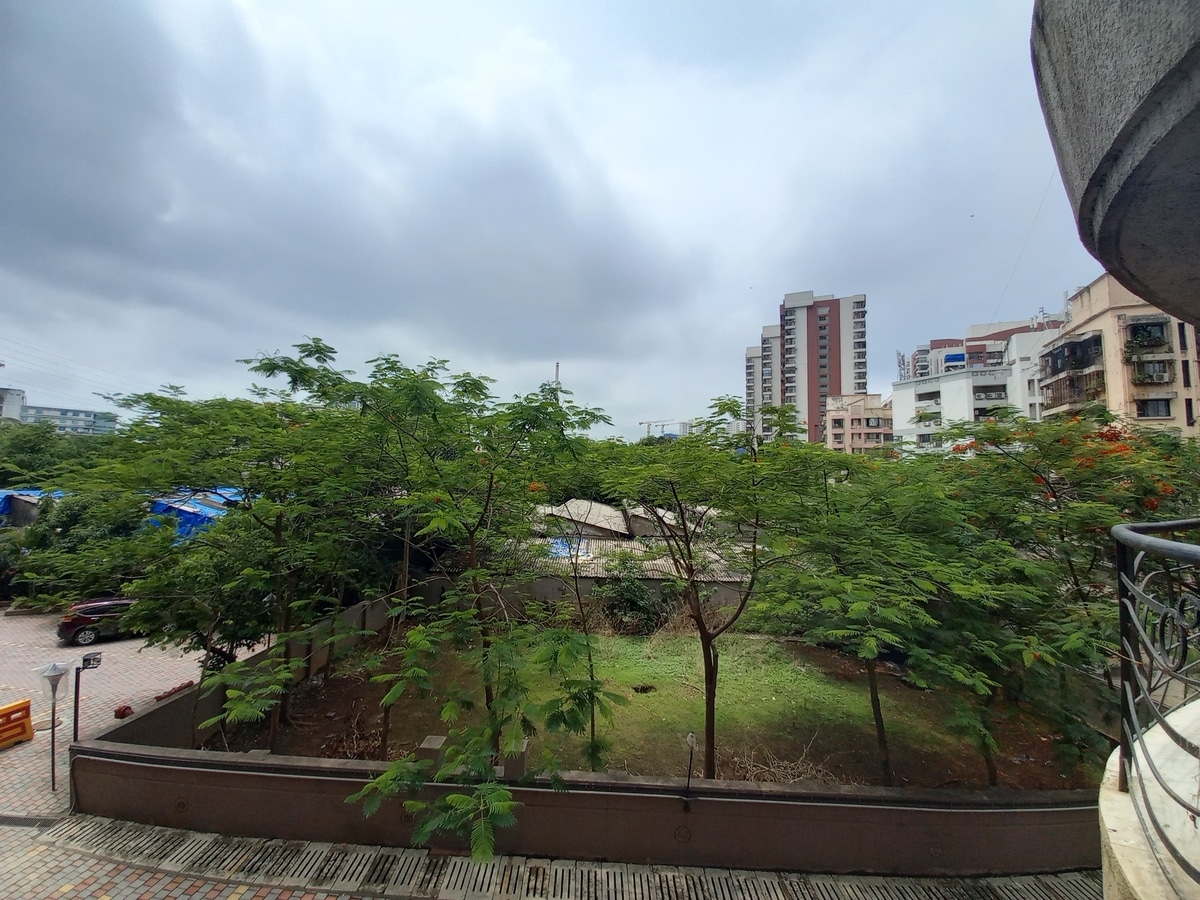 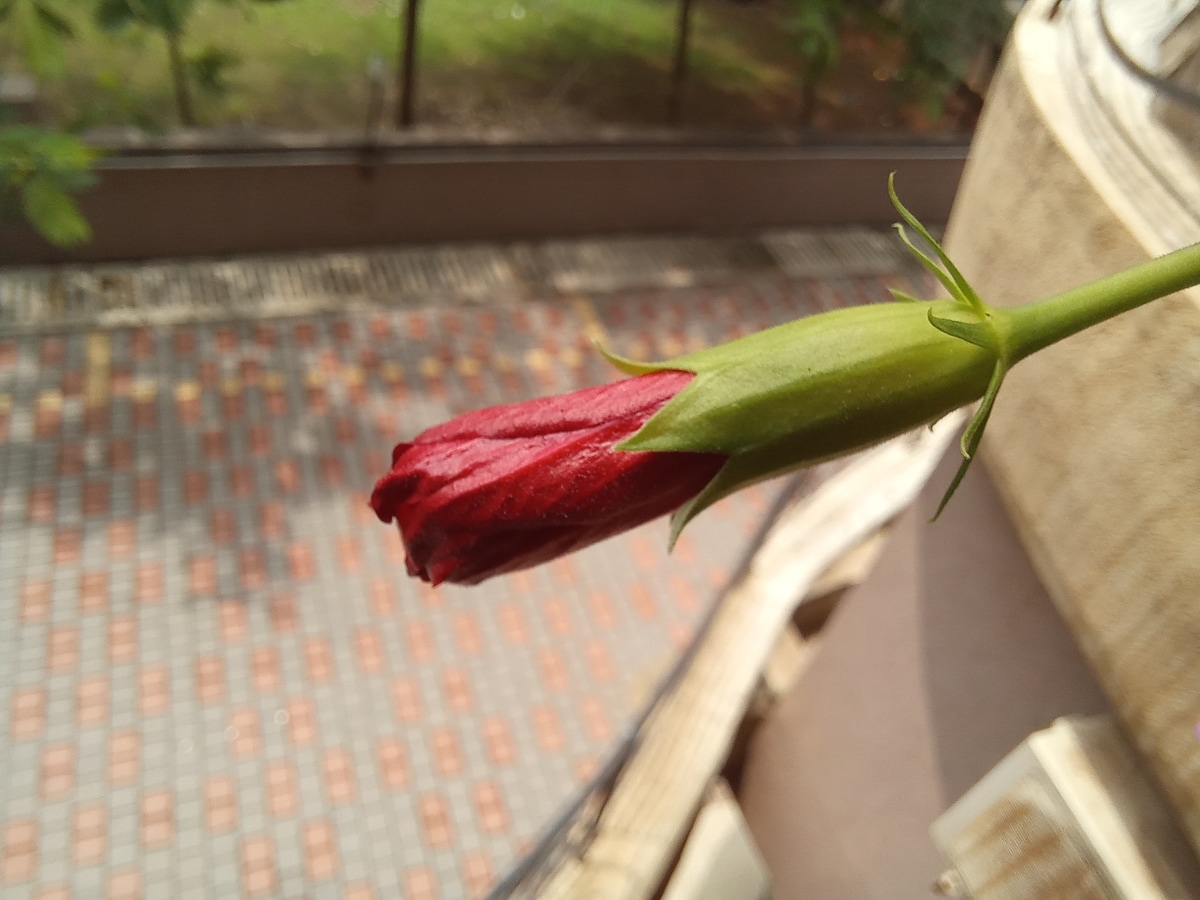 You do get Samsung’s ‘Scene optimiser’ AI engine, and the ability to save stills and video in the HEIF and HEVC formats. Under good light, the main sensor captures decent-looking photos. Images are captured as 12-megapixel shots by default but you can shoot at the full 48-megapixel resolution if needed. In low light, noise is suppressed well but details are lacking, which is noticeable when you zoom in to photos a bit. Close-ups shot under good light fare better, with good details and colours, but due to shutter lag, even slight movements can cause blurring.

The wide-angle camera captures comparatively weaker details, and HDR isn’t as effective as on the main camera. In low light, details are much worse and there’s no Night mode to help salvage shots.

Live Focus works decently well, and the amount of background blur can be adjusted for portrait shots. The macro camera does a fair job with extreme close-ups but I didn’t find image quality to be much better than what I’ve seen from phones with 2-megapixel sensors. 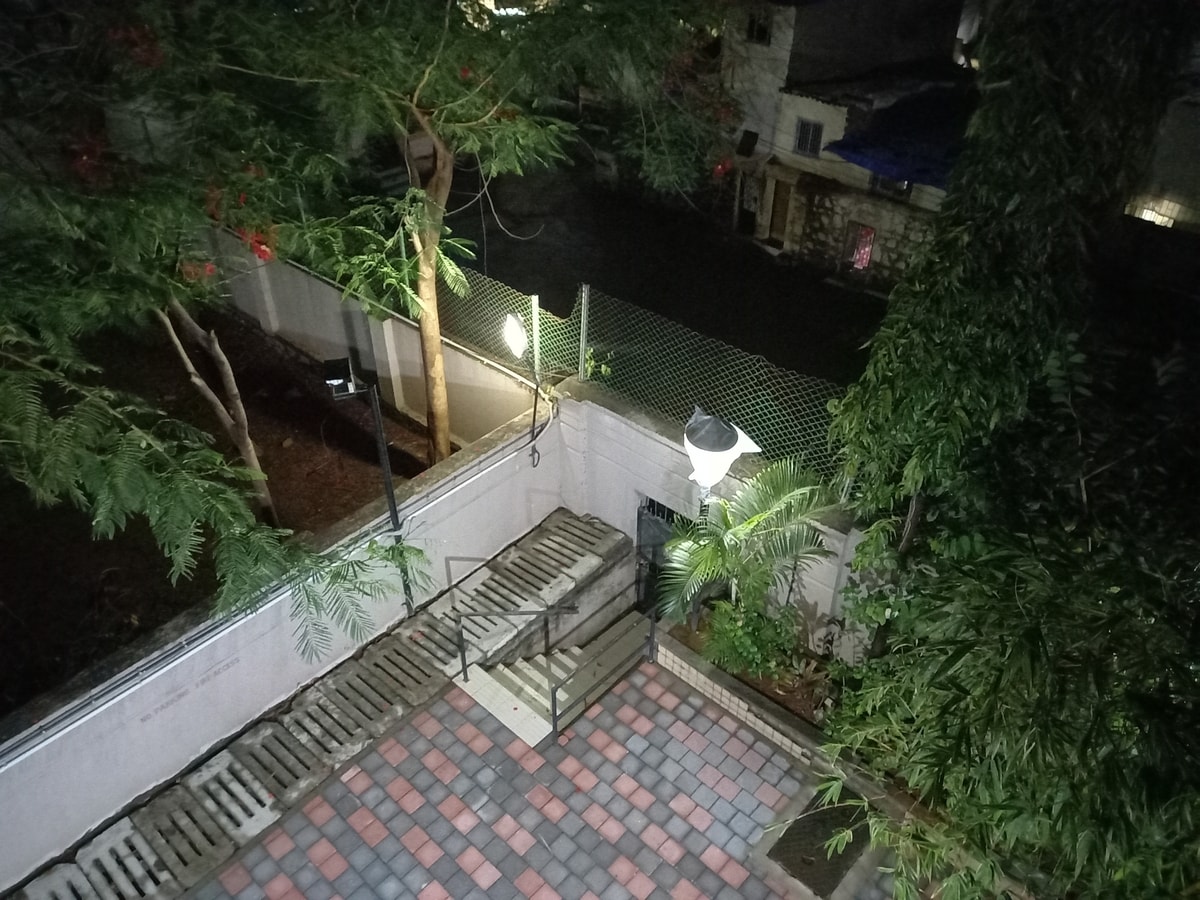 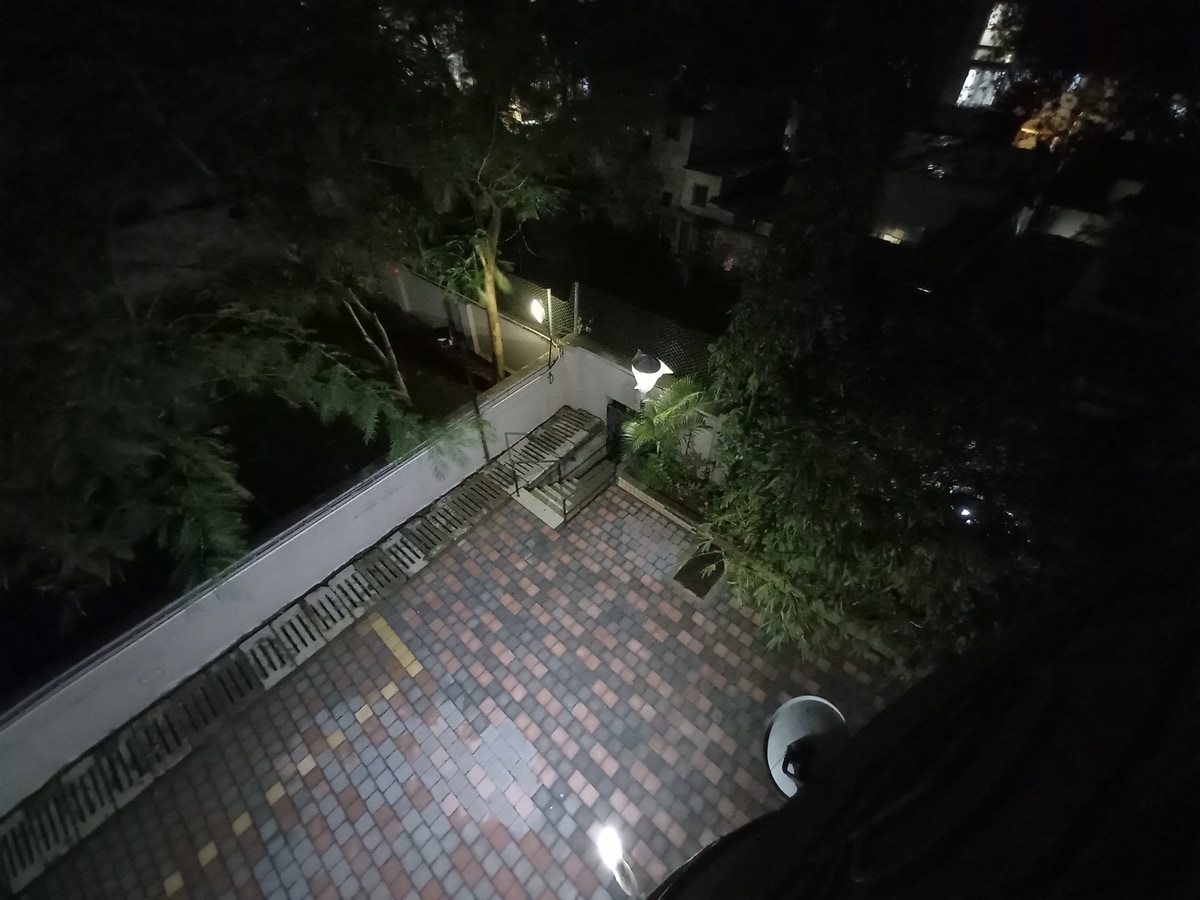 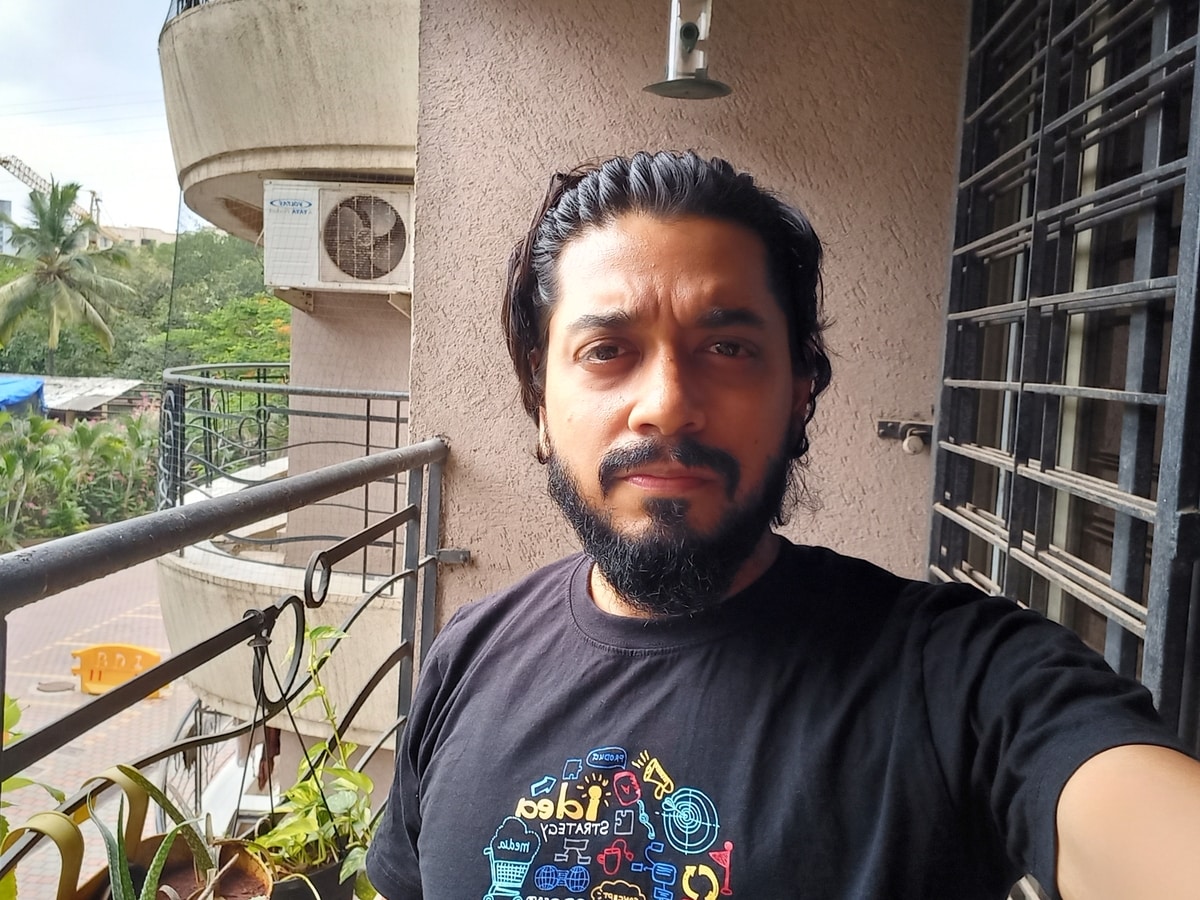 Videos are limited to 1080p resolution, but quality is decent given ample light when shooting with the primary camera. The Galaxy A31 doesn’t offer even electronic stabilisation, so movements with the camera look jerky. You can’t switch to the wide-angle camera while recording but you can switch to it before you begin. As expected, video quality is just about acceptable under good light but very poor in low light. There’s no stabilisation here either.

The selfie camera captures 12-megapixel stills by default (8 megapixels if you choose a tighter crop). However, you can shoot at the native resolution too. Selfies are generally usable when shooting outdoors, in daylight. Skin tones tend to look a little too warm and HDR can be a hit or miss, but it’s not too bad. The camera struggles to reproduce good details in low light, often leaving you with soft textures and weak details.

Overall, the cameras on the Galaxy A31 are very underwhelming and lack many features that you’d find in many phones that cost a lot less.

If there is one redeeming quality about the Galaxy A31, then it would be battery life. The 5,000mAh battery lasted for 18 hours and 11 minutes in our HD video loop test, which is very good. Even with regular usage, I was easily able to go well beyond a day on a single charge. There is 15W fast charging, so you can charge the battery up to 50 percent in an hour, but filling it completely takes well over two hours. 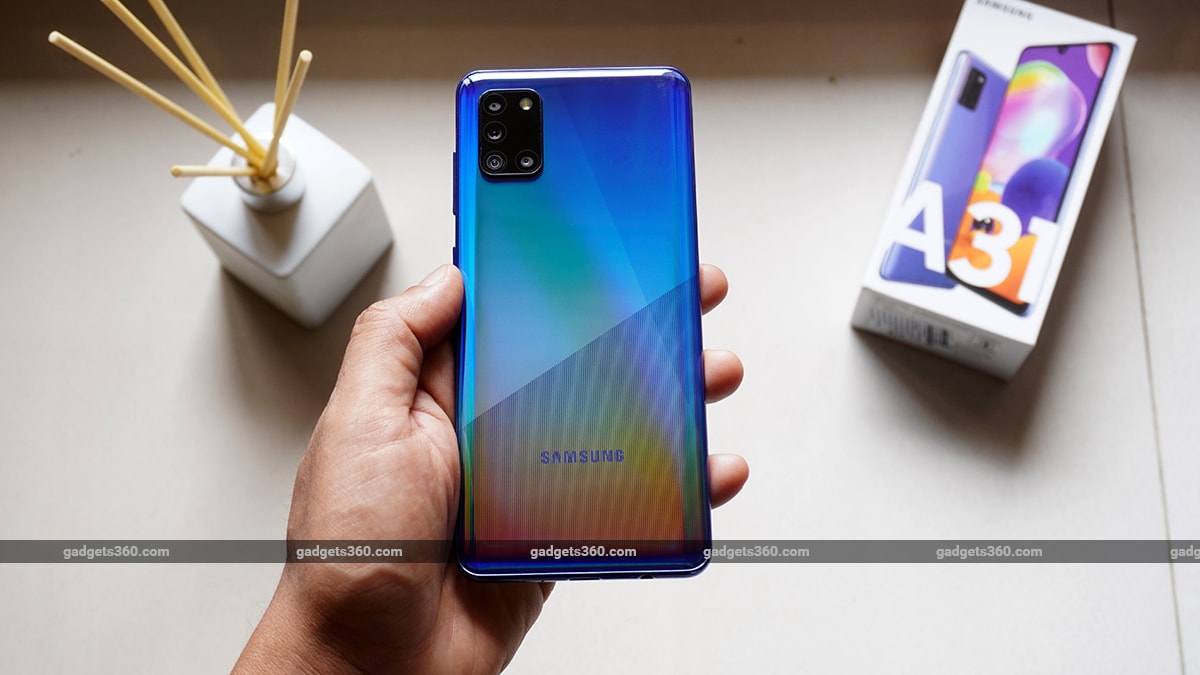 The Samsung Galaxy A31 feels like a wasted opportunity, making it hard to recommend

Verdict: Who is the Samsung Galaxy A31 for?

I’m struggling to find a good reason for the Galaxy A31 to exist, and I honestly cannot think of one. It seems as though Samsung has launched it simply to fill the price gap between the Galaxy A50s (Review) and the Galaxy A51 (Review) — either of which would be a much better pick than the Galaxy A31. Battery life is the main standout feature here, along with the decent build quality and display.

However, the middling SoC performance and underwhelming cameras are faults that are too glaring to ignore when you’re paying more than Rs. 20,000. Even if the price were to drop, there are plenty of more powerful and feature-rich options in the market such as Samsung’s own Galaxy A50s and Galaxy M31, or phones from Realme and Xiaomi.

Is Mi Notebook 14 series the best affordable laptop range for India? We discussed this on Orbital, our weekly technology podcast, which you can subscribe to via Apple Podcasts or RSS, download the episode, or just hit the play button below.